In celebration of the opening of the Center, the museum presents Global Feminisms, an international exhibition dedicated to feminist art from 1990 to the present, with work by 80 women artists from around the world: all media-painting, sculpture, photography, film, video, installation, and performance. 'The Dinner Party' is an important icon of 1970s feminist art and is presented as the centerpiece around which the Center is organized. 'Pharaohs, Queens, and Goddesses' is dedicated to powerful female in the Egyptian history. Over 75 objects are included in an installation of ceramics from the permanent collection made by women artists. Kindred Spirits: nearly 60 works is the first monographic exhibition devoted to Asher B. Durand's career. 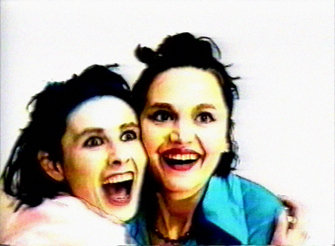 The Elizabeth A. Sackler Center for Feminist Art is an exhibition and education facility dedicated to feminist art—its past, present, and future. Among the most ambitious, influential, and enduring artistic movements to emerge in the late twentieth century, feminist art has played a leading role in the art world over the last thirty years. Dramatically expanding the definition of art to be more inclusive in all areas, from subject matter to media, feminist art reintroduced the articulation of socially relevant issues after an era of aesthetic "formalism," while pioneering the use of performance and audiovisual media within a fine art idiom.

The Center's mission is to raise awareness of feminism's cultural contributions; to educate new generations about the meaning of feminist art; to maintain a dynamic and welcoming learning facility; and to present feminism in an approachable and relevant way.

The Center's 8,300-square-foot space encompasses a gallery devoted to The Dinner Party by Judy Chicago; a biographical gallery to present exhibitions highlighting the women represented in The Dinner Party; a gallery space for a regular exhibition schedule of feminist art; a computerized study area; and additional space for the presentation of related public and educational programs.

Maura Reilly, Ph.D., is Curator of the Elizabeth A. Sackler Center for Feminist Art.

In celebration of the opening of the Elizabeth A. Sackler Center for Feminist Art, the Museum presents Global Feminisms, the first international exhibition exclusively dedicated to feminist art from 1990 to the present. The show consists of work by approximately eighty women artists from around the world and includes work in all media—painting, sculpture, photography, film, video, installation, and performance. Its goal is not only to showcase a large sampling of contemporary feminist art from a global perspective but also to move beyond the specifically Western brand of feminism that has been perceived as the dominant voice of feminist and artistic practice since the early 1970s. This exhibition is arranged thematically and features the work of important emerging and mid-career artists.

Global Feminisms is sponsored by Altria Group. Additional support is provided by the Elizabeth A. Sackler Foundation and the French Embassy Cultural Services.

The Dinner Party by Judy Chicago

The Dinner Party, an important icon of 1970s feminist art and a milestone in twentieth-century art, is presented as the centerpiece around which the Elizabeth A. Sackler Center for Feminist Art is organized. The Dinner Party comprises a massive ceremonial banquet, arranged on a triangular table with a total of thirty-nine place settings, each commemorating an important woman from history. The settings consist of embroidered runners, gold chalices and utensils, and china-painted porcelain plates with raised central motifs that are based on vulvar and butterfly forms and rendered in styles appropriate to the individual women being honored. The names of another 999 women are inscribed in gold on the white tile floor below the triangular table. This permanent installation is enhanced by rotating biographical gallery shows relating to the 1,038 women honored at the table. Pharaohs, Queens, and Goddesses is the first such exhibition.

This exhibition is curated by Maura Reilly, Ph.D., Curator of the Elizabeth A. Sackler Center for Feminist Art, Brooklyn Museum.

This exhibition is the inaugural biographical gallery show of a series in the Elizabeth A. Sackler Center for Feminist Art. Presented in tandem with The Dinner Party by Judy Chicago, the exhibition is dedicated to powerful female pharaohs, queens, and goddesses from Egyptian history. The central object of the exhibition is an important granite head from the Brooklyn Museum collection of Hatshepsut, the fifth pharaoh of the Eighteenth Dynasty (1539–1292 b.c.), and one of the 39 women represented with a plate at The Dinner Party. Hatshepsut is featured alongside other women and goddesses from Egyptian history, including queens Cleopatra, Nefertiti, and Tiye and the goddesses Sakhmet, Mut, Neith, Wadjet, Bastet, Satis, and Nephthys—many of whom are featured on The Dinner Party's tiles. By incorporating multiple objects from the Museum's extraordinary Egyptian collection, the exhibition encourages viewers to make visual and historical connections with the Museum's long-term installation Egypt Reborn, which has additional objects on view pertaining to Pharaohs, Queens, and Goddesses.

An Art of Our Own: Women Ceramicists from the Permanent Collection
Changing Exhibition Gallery, 4th Floor

To complement the opening of the Elizabeth A. Sackler Center for Feminist Art, there is an installation of ceramics from the permanent collection made by women artists. Over 75 objects are included. Although the vast majority of the objects are by 20th century artists, there are also some earlier examples of "china painting" by largely anonymous women of the late 19th and early 20th centuries in both the Aesthetic Movement and Arts and Crafts styles. Examples of pots by Native American artisans are also included.

This exhibition of nearly sixty works is the first monographic exhibition devoted to Asher B. Durand's career in more than thirty-five years. Durand was both an influential artist and the acknowledged dean of the American landscape school from his election as president of the National Academy of Design in 1845 until his death at the age of ninety in 1886. Consequently, Durand was the natural choice for the Brooklyn Institute's very first commission: The First Harvest in the Wilderness (1855)—the cornerstone of the Brooklyn Museum's American painting collection. Newly discovered works, new information, and new approaches to the study of art history necessitate another look at Durand's contribution. Most important, this career retrospective displays together some of the most beautiful and famous American landscape paintings of the nineteenth century.

Made possible by The Henry Luce Foundation.