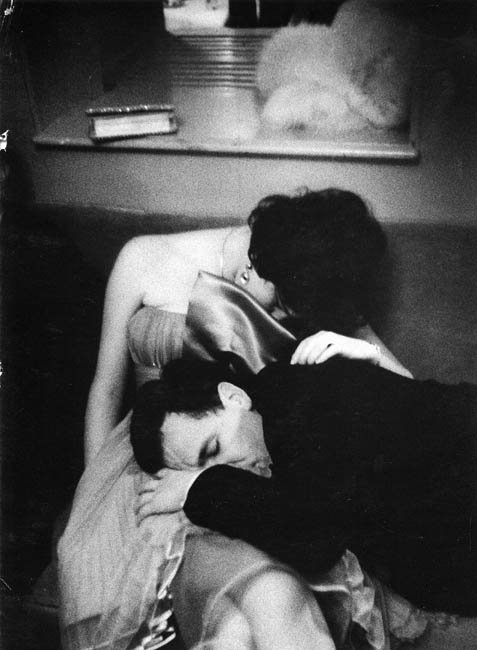 Laurence Miller Gallery takes great pleasure in presenting JAKOB TUGGENER: BALL NIGHTS 1934-1962. Widely known in Europe for his ground breaking sequential book maquettes, this is Mr. Tuggener’s first one-person show in the United States. The exhibition will feature forty prints from his society ball series, which take the viewer on a lyrical journey through the night, from the arrival of guests to exhausted partygoers well after midnight. A small selection of images from other projects, and two silent films made by Tuggener, will also be presented.

Jakob Tuggener (1904-1988) was born in Zurich, and began taking photographs in 1926. In 1934 he began a thirty-year project of photographing society and opera balls in Zurich, St. Moritz and Vienna. Unlike other photographers who recorded the balls in a journalistic manner, Tuggener took very personal photographs that reflected his adoration of the elegant women and fascination for nocturnal society life.He wrote: “…it was a fairy tale of feminine beauty and flowing silky radiance….”

Tuggener insisted on a subjective, poetic approach, which he powerfully presented in book maquettes, of which eight completed ball maquettes were found in his estate. Each was assembled from many different ball nights, but poetically arranged into a continuous picture-sequence without text, simulating a single evening at a ball.

Drawn from unfinished maquettes and other prints intended for exhibition within the Jakob Tuggener Foundation, the show highlights will include “Blonde Frau, Grand Hotel Dolder, Zurich, 1948,” in which a young beautiful woman receives her fur at the end of night; “Suvretta House, New Year’s Eve, St. Moritz, 1946,” a shimmering still-life of empty Champagne bottles, broken glasses and confetti; and the humorous “My supper, Palace Hotel, St. Moritz, New Year’s Eve, 1943/1944,” in which nearly the entire picture is filled with a silver tray holding a solitary pickle.

Tuggener was an important early influence on his fellow countryman Robert Frank, who responded to both his subjective point of view and his interest in sequencing. Frank introduced Tuggener to Edward Steichen, then Director of Photography at the Museum of Modern Art , in New York, and Steichen included Tuggener in three survey shows at MOMA, most importantly his classic exhibition “The Family of Man” in 1955.