Contemporary Art in Germany. In three chapters, the exhibition shows the ways in which artists have dealt with pivotal themes like the construction of histories, the questioning of existence and the multiplicity of forms of spatial imagination. On view paintings, drawings, sculptures, photographs, films and videos by Jonathan Meese, Neo Rauch, Joseph Beuys, Rebecca Horn, Wolfgang Tillmans, Tacita Dean, and many others. 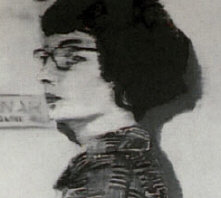 The Federal Republic of Germany‘s collection of contemporary art is being presented in Brussels in an exhibition entitled Visit(e). The curators have conceived this exhibition as a lively essay in images. They show us works in a wide range of techniques and media. The selection includes, inter alia, paintings by Jonathan Meese, Neo Rauch, and Gerhard Richter, drawings by Joseph Beuys and Johannes Kahrs, sculptural works by Rebecca Horn and Nam June Paik, photographs by Candida Höfer and Wolfgang Tillmans, and films and videos by Tacita Dean, Omer Fast, and Daniel Pfl umm. In three chapters – existence, space, and history – Visit(e) demonstrates just how strongly art, personal life, and the world interlock.

On the occasion of the German European Union Council Presidency in the first half of 2007, the German federal art collection presents selected works from its holdings in an exhibition entitled Visit[e]. Produced in cooperation with Brussels' Centre for Fine Arts, the exhibition presents approximately 40 artistic positions of the last 40 years, and runs for three months in the EU capital, beginning at the end of March, 2007. Work of the last 20 years is one focus of the exhibition, including pieces by Isa Genzken, Andreas Gursky, Jonathan Meese, Neo Rauch and Gregor Schneider. The show will be on display in the exhibition rooms of the ING Cultural Centre on the Mont des Arts/Kunstberg, in the Hotel Coudenberg.

Even the title Visit[e] indicates that this will be a limited sojourn. The Brussels exhibition of the Federal Republic of Germany's Contemporary Art Collection was conceived especially for the Centre for Fine Arts, and presents a selection of the collection's works to an international audience. In semantic terms the meaning of Visit[e], which lies between "to visit" and "to view", refers to the exhibition's obvious intentions: the mediated viewing of a collection that is a guest in Brussels.

The Federal Republic of Germany has been collecting contemporary art since 1970. The state collection now comprises more than 1000 works of post-1949 art. Its mandate was broadly conceived, and it does not concentrate on individual artists, but rather covers numerous artistic positions. It thereby represents the wide field of artistic creation in Germany, but not the complete development, in art historical terms, of art in the Federal Republic. Many of the collection's works are displayed in offices of upper-level federal agencies, such as embassies, for example, or are on view as loans to German museums.

The exhibition's curators, Eugen Blume, Director of Hamburger Bahnhof – Museum für Gegenwart - Berlin, and Curator Anette Hüsch, who lives in Berlin, structured the show like an essay through their selections. The focus lies on three central topics in contemporary art: the construction of histories, the questioning of individual and collective existence, and the multiplicity of forms that spatial imagination can take. On view will be paintings by Jonathan Meese and Daniel Richter, drawings by Joseph Beuys and Johannes Kahrs, sculptures by Rebecca Horn and Nam June Paik, photographs by Thomas Demand and Wolfgang Tillmans, and films and videos by Tacita Dean and Omer Fast.

In three loosely grouped chapters, the exhibition will show the various ways contemporary artists have dealt with these elementary themes of human existence.

For the exhibition, a catalogue of the same name shall be published in English and German by the DuMont Verlag, Cologne. This catalogue contains texts contributed by Beatrice von Bismarck, Eugen Blume, Anette Hüsch, Rita Kersting and Rosa Schmitt-Neubauer. Besides introductory essays on the collection and on the chapters outlined in the exhibition, it also offers short commentaries on the individual works, and provides information about the task, structure, and inventory of the German Federal art collection.