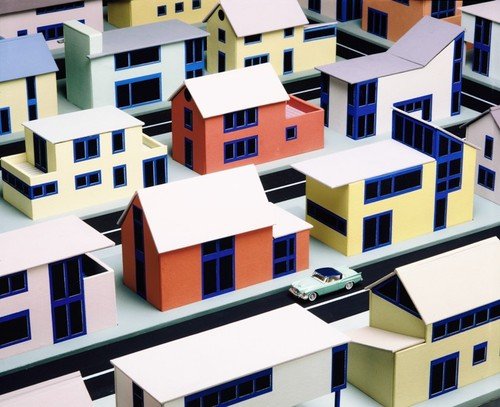 Time Out of Joint (Suburban Gulliver)

Following the one-man exhibition of the author at the Museum of Contemporary Art at Villa Croce in Genoa in 2005, CACT opens its own 2007 season right with a solo show of the Italo-Argentinian artist Andrea Crosa (1949).

It is not by chance that we mention the exhibition in Genoa almost two years after, because that chance for an exhibition had showed the turning point in his maturation of the working process, in his aesthetic system of behaviour and of paralleling the expository rooms. The spatial layout, particularly suitable to a more process-like presentation of an art work, is seemingly ideal to assist and validate the recent researches of Crosa.

In several occasions (see Tsunami Studebaker, Neos Editions, Genoa) we have found in his art works the various dichotomies of his creative art making, on numerous levels: his ironic tragic nature, the relation between reality and fiction, tradition and modernity, playing action and fatalism in remembrance; his decisive will to go over the means, his fiction-style approach, the recent use of technologies and his intent to deal in the field of Arts/Architecture regain now their full maturity.

“The world of nowhere”, which is a fiction experiment that can be traced back to the fable and generally going back over parallel facts of reality, yet merging though, makes his purely and seemingly ornamental work, that was pictorial in the beginning, be an enigma pushed in the direction of an Eden of conceptual “signifiers”. That surplus value which allows him – coherently with his drives – to get over the means he exploits, in order to become himself an opportunity for judging in a constant relationship with his topics. As a matter of fact his fable referring always evidently to the English fantasy books (Jonathan Swift or Lewis Carroll), persists in the regeneration of some rooms of mind which are anachronistic between the past time and the future, the evocative remembrance and timid as much as fated acceptance of what is being forthcoming, in a swing of known and unknown, right and wrong… beyond and over us.

Time Out of Joint (Suburban Gulliver) stands for the present experience of meditation of Andrea Crosa around the comedy of life, the vain awareness of his own human essence and his being a human. Even though he talks about it, and the presence of his thoughts is detectable, right the representation of human pictures is missing out in his art works, as if it was for the artist a deceiving sake of recognition which we must meditate upon.

In the first expository room, the artist presents, on a wide white plinth, the work entitled Time Out of Joint [2006], that represents the thread running through the whole exhibition. This work is an agglomeration of houses and streets which are very small in size and recall the littleness, the frailty of the tiny man who is the occupier, but also – like Alberto Giacometti – the variability and irregularity in the perspective. The backgrounds of colour are painted in pastel colours, they are plain and banal as trite as everyman’s life is, either to say an individual there, who is so minute and alleged and is lost in the concept of an ideal group. The height of the plinth, of this artificial delicate prop, allows us to observe, from the outside and slightly from above, through a wicked comparison of microscopic/macroscopic the slightest facts, which we almost ignore or we do not want to recognize the importance of.

The second room is characteristic because is set on a mezzanine floor and allows the approach to the rest of the expository spaces; it almost shows that identity of the nowhere due to its own nature. Here the Curator has provided for the laying of Fast Food [1980], oils on canvas, but that was already filmed and presented in the form of video projection in the previous year: Fast Food (video elaboration) [1980-2005]. After the immateriality of the film approach of a historical work, here stresses the author the actual facts of the historical background’s identity, relating it to the concept of “time”, the element that is the main core of his new fitting out.
There are some new lightboxes drawn near, that are entitled Suburban Gulliver [2007]. More levels, more points of view and chances for parallels of representation.

Chamber Metropolis [2005], is a powerful floor standing design art work (third room) already presented at the Genoese Museum. It reconnects us even more to the principle of imminence of the catastrophe and of the time suspension in its forthcoming occurrence. Beautiful and disquieting, it represents – in our glorious loneliness – a loud resonant and murky version of the city of the nowhere, which nobody would ever wish for.

Peeping Tom[2007] is the video support that brings up the end of the exhibition in the last room. The artist, who is never depending on the means of production chosen, though on the contrary is attracted and made scrupulous by it, faces here the matter of surveillance cameras moving again the borderline of his imaginative story. It is a tragic fated and self-ironical consideration on how the city is pictured.