Royal Museums of Art and History

A pastime worthy of a prince

The factories of Charles of Lorraine, from silk worms to foundries. The show aims at reconstruct these workshops installed in Brussels and Tervueren: their history, the organization of small trades, the manufacturing techniques and their production. 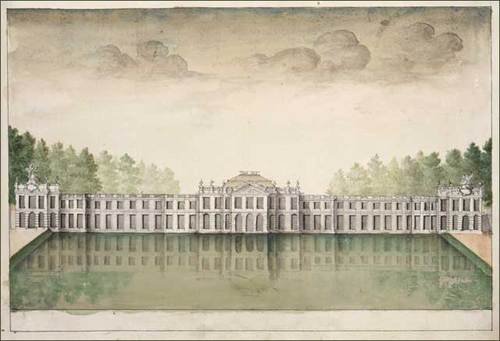 The factories of Charles of Lorraine

Like all other enlightened princes of his time Charles of Lorraine (1712-1780), the general governor of the Austrian Netherlands, had a passion for the sciences, unusual objects and inventions, and he arranged cabinets of curiosities especially for them. One of the greater events of the XVIIIth century was the publication in Paris by Diderot and d'Alembert of the Encyclopaedia, the Dictionnary raisonné of sciences, the arts and trades, that explained in particular, based on illustrations, manufacturing techniques and their applications. The fashion of these novelties had a considerable influence on the taste of princes who took a liking for them and integrated workshops into their domains. At the end of the 1750s, Charles of Lorraine had a big building built in the park or Tervueren to install factories that were extremely active.

The Europe of factories
All of Europe was fascinated by the decoration techniques of the Orient, their printed silks and cottons, the Chinese porcelains and wallpaper. In order to imitate these luxurious materials, Europeans created factories in France, England and Germany. The economic policy Charles of Lorraine and his ambassadors applied favored the development of these factories of artistic production in various cities in the Austrian Netherlands, such as Antwerp, Brussels and Tournai. Charles of Lorraine founded factories in Tervueren for his own use, mainly to decorate textiles, paper and porcelain and to silver pieces in metal.This was one of his hobbies and he was known to visit the factories regularly, these sort of workshops that could be compared to the Gobelins, the royal storage in Paris.

From silk worms to foundries
The largest section grouped together four factories of material made for furniture and clothing: the first produced printed and Indian clothes, the second made clothes, wool and silk fabrics. A silkworm breeding system was set up as well when white mulberry trees were planted in the park of Tervueren. The silkworm unit had the material necessary to produce silk with a furnace, an oven, a tower to empty the cocoons...The product was used to make silk stockings, probably limited to the use of the Prince. In order to decorate the walls of his residences, Charles of Lorraine founded a factory of wallpaper. As of 1767 a painter on porcelain, G.C. Lindemann, a native of Meissen in Germany, worked at the burnt Court before having a porcelain paint factory in Tervueren. The governor also created a factory of false gold and silver braids. It included a workshop for a gold drawer and one for the person who made soft furnishings and braids. The foundry, placed outside the factory buildings, made bronze molds for panels.


The factories revisited
Following the death of the prince in 1780, the large building -eroded by humidity -was greatly dilapidated. It was abandoned under the French occupation and slowly went to ruin and disappeared towards 1810. The activity of those factories, long a mystery to all, can now be looked at the light of the archives and the inventory done after the death of Charles of Lorraine. The exhibition has benefited from loans from great federal scientific institutions, from Belgian and foreign museums, as well as from numerous private collectors. It aims at reconstruct these factories and workshops installed in Brussels and Tervueren: their history, the organization of small trades, the size of the workshops, the manufacturing techniques and their production. Specialists of the decorative arts of the XVIIIth century collaborated to the organization of the exhibition, thus allowing the latter to include furniture, jewels, materials, wallpaper and porcelain objects from the time.