These pictures, more than others, tempt us to create a meaningful story from a collection of bits and pieces. Photographs, like sentences, are fragments chosen from endlessly combinatory possibilities of objects and scenes. Works by JH Engstrom, Leigh Ledare, Ari Marcopoulos. 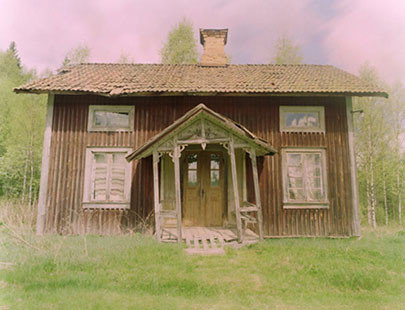 “All I can do is organize stories which are neither metaphors of reality nor analogues but act as working constructs.”
Alain Robbe-Grillet

All photography is autobiographical. Every picture implicates a photographer as part of the narrative it conveys; every viewer, when looking at the picture, adopts the photographer’s perspective. This evidence of authorial presence and the corresponding shift in perspective from photographer to viewer is one of the characteristics of photography that makes the medium so tantalizing. It seems to offer a suspension of disbelief, a device which makes us believe that we can actually see the world through another’s eyes, one which presents us with the possibility of comprehending other worlds, other lives than our own.

Well, it’s a nice thought, of course, but it’s a lie, especially when the photographs we are faced with are images of the photographer’s own daily life, his friends, lovers, and family. These pictures, more than others, tempt us to create a meaningful story from a collection of bits and pieces. Photographs, like sentences, are fragments chosen from endlessly combinatory possibilities of objects and scenes. By their very nature broken and incomplete, they evidence the pursuit of an enigma. The photographer pursues a life by capturing tiny slices of it, far apart in space and time, which fit together in ways which the viewer and even the photographer can only guess.

And the photographer’s attempts to organize the pieces are really only evidence of the pursuit itself; as Roland Barthes wrote, “Tell me how you classify, and I’ll tell you who you are.” The three artists in the show, JH Engström, Leigh Ledare, and Ari Marcopoulos, each present us images from their respective worlds, images that become all the more enigmatic the more personal they are. These pictures are attempts, as Robbe-Grillet writes, not to make a descriptive story of the world or to create its parallel, but to make pictures that work to construct something that was, or might have been, true.

JH Engström (born in 1969, lives in Sweden), shows a milieu, probably foreign to most viewers, of working class Swedish life that we would be tempted to consume voyeuristically were it not for the strangeness and rupture present in each individual picture. The show will present photographs from his first publication, Trying to Dance, which was nominated for the Deutsche Börse Prize in 2005 as well as several from his most recent book, Haunts. This will be his first exhibition in the US.

Leigh Ledare (born in 1976 in Seattle, lives in New York) manipulates assumed power structures, such as those of a mother over her son and an artist over his subject, thereby creating a world turned upside down through the act of representation. His photographs of his mother, a former ballet dancer, are excruciating in their stark intimacy. He will make his New York gallery debut with this exhibition. Leigh is currently attending the MFA program at Columbia University.

Ari Marcopoulos (born in 1957 in Amsterdam, lives in Sonoma, CA) takes pictures of those closest to him, mostly his wife and children at home or in familiar locations. Their unsentimental pathos invites us to compare these people with those in our own lives, but the blankness of the images and expressions, in the end, gives little away. Ari has published numerous books and zines, including Even the President of the Untied States has to Stand Naked, which accompanied his 2005 exhibition at PS1.