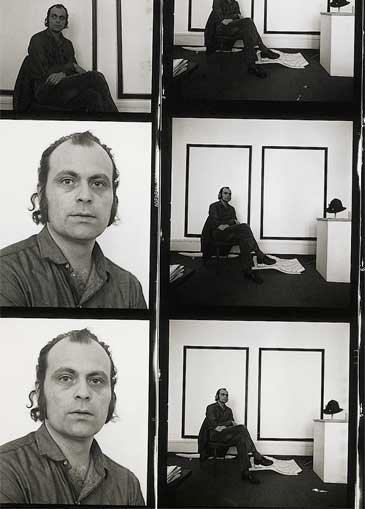 "If I need the cathedral to be relocated, then Rolf will be the one to do it", artist Richard Serra once quipped about Cologne-based gallery owner and collector Rolf Ricke. The MMK is now for the first time presenting a selection from the Rolf Ricke Collection along with other treasures from its own collection. The show is entitled Das Kapital – Blue Chips & Masterpieces, features works from the 1960s to the present and is fueled by the new, joint acquisition of the Rolf Ricke Collection – joint in that again for the first time ever in a three-way cross-border venture, Frankfurt’s Museum für Moderne Kunst (MMK), Kunstmuseum St. Gallen, Switzerland, and Kunstmuseum Liechtenstein in Vaduz have joined forces to purchase the collection.

The backbone of the MMK Collection itself stems in part from an extensive private collection. In 1981, on the occasion of the foundation of its museum for modern and contemporary art, the City of Frankfurt am Main acquired outstanding works by European and American artists, in particular champions of Pop Art, from the former Karl Ströher Collection. The recent acquisition of the Ricke Collection means that the MMK’s holdings have been fundamentally expanded and its ranking in the international league tables secured in the long term.

The Ricke Collection is special in that it is not the result of a selection made retrospectively on the basis of art-historical considerations, but instead the product of Ricke’s own experience of the art and his active involvement in its genesis. Its focal points attest to an aesthetic that has spawned valid artistic approaches ever since the 1960s. The Ricke Collection includes pieces by such trailblazing artists as Richard Artschwager, Dan Flavin, Donald Judd, Richard Serra and Keith Sonnier, and offers an opportunity to rediscover fascinating artists, such as Joe Baer, Gary Kuehn, Barry Le Va and Lee Lozano. Equally, it presents a series of younger positions established in the 1990s, as exemplified by the works of Fabian Marcaccio and Cady Noland, Steven Parrino and David Reed.

At present, it is hard to separate art from commerce. The assessment of artists and their work moves between the twin extremes of the art market’s estimate of its "blue chips" and the standards museums set as regards quality and relevance to their collections. "Blue chips" and "masterpieces" are thus apt terms to describe the twin poles – at the one end the material value and, at the other, the intangible value. Whether an artistic "masterpiece" is likewise a "blue chip" often first emerges after years or decades. Many of the new acquisitions on show and works already in the MMK Collection demonstrate that an artwork need not, but can be both. The quality of the exhibits derives first and foremost from the utopian element in art, the opportunity it creates to think of the new, and its ability to shake us up specifically by not adhering to given forms and rules.

We have a joint effort by the City of Frankfurt, the Hesse Cultural Foundation and the private patrons in the "Stifterkreis zum Erwerb der Sammlung Ricke" to thank for the fact that the MMK can proudly open its doors to the Ricke Collection. As a museum for contemporary art that has a pivotal socio-political position between the art market and art producers, the MMK will permanently preserve the works acquired for posterity and ensure they are accessible to the public. The integration of this vast set of new works will not only change the profile of our Collection as the diversity and immense quality of the new items will offer any number of new angles for exhibitions. A constant focus on using the Collection means working with the capital it offers and in this way creating and accumulating surplus value.