A citywide celebration of art, antiques, culture with Art Chicago at the center of it all. 5 main shows: the fair is one of America's longest running international contemporary art expositions, the newly rechristened Merchandise Mart International Antiques Fair will feature 115 leading antique and fine art dealers, the Artist Project is an exhibition dedicated to independent artists, the Intuit Show of folk and outsider art, and the Bridge Art Fair, a show of young galleries and non-profit spaces. 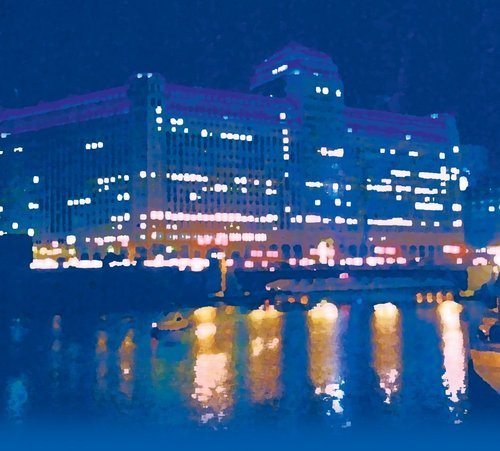 A Citywide Celebration of Art, Antiques, Culture with Art Chicago at the Center of it All

From April 26-30, 2007 Chicago’s broad shoulders will extend their powerful reach to embrace the energy and excitement of a citywide celebration of art, antiques and culture called Artropolis.

A wide-range of world-class cultural experiences will create dynamic, compelling reasons for contemporary art collectors, curators and enthusiast to visit Chicago. At the center of it all will be Art Chicago – one of America’s longest running international contemporary art expositions.

Under unusual circumstances, Merchandise Mart Properties, Inc. literally came to the last-minute aid of the show, produced Art Chicago 2006 at the world-famous Merchandise Mart within 48 hours, and attracted 21,600 contemporary art enthusiasts. With that monumental feat accomplished, the company purchased the show from long-time producer Thomas Blackman. Immediately, the new owners embraced the challenge of resuscitating a Chicago art tradition and growing it to a renewed level of excellence.

Art Chicago will span 200,000 square feet, the entire 7th floor of the iconic Merchandise Mart, to accommodate up to 150 exhibitors in 600 booths and include a wide variety of ancillary exhibitions and seminars. Among these featured events will be New Insight, an exhibition of 24 of the nation’s best artists graduating from the top Masters of Fine Arts programs in the U.S.

An Art Chicago Selection Committee made up of premiere gallerists in the U.S. and internationally will form a peer review group to make the final selections. They will focus on building the fair with quality exhibitors to ensure the exposition of a comprehensive, balanced modern and contemporary fair that reflects current art trends and exciting new artworks. Each applicant to Art Chicago will be reviewed thoroughly to ensure their artists will be appropriate additions to the show and ones that can be built upon for the future. An initial list of galleries to be featured in Art Chicago will be announced in February 2007.

Mayor Richard Daley, the City of Chicago and the Board of the Art Dealers Association of Chicago all have endorsed this ambitious art-centered celebration and pledged their resources and support. Commenting on the 2006 show, Natalie van Straaten, Executive Director of the Art Dealers Association of Chicago said, “The Chicago Art Dealers and the entire cultural community are tremendously appreciative of the professionalism and generosity of the Merchandise Mart in making certain that the art fair took place as scheduled in such an elegant setting – we’re thrilled they are stepping up again so that Art Chicago can remain vibrant in the future.”

Chicago’s major cultural institutions will co-promote and market concurrent fine art events occurring in April 2007. For example, The Art Institute of Chicago, Museum of Contemporary Art, The Renaissance Society of The University of Chicago, DuSable Museum, the National Museum of Mexican Art and others will host special events or give free admission to visitors to Art Chicago. They will be joined by theaters, dance and music groups such as The League of Chicago Theatres, Joffrey Ballet and the Fulcrum Point New Music Project. Performance and special events will be staged throughout the city as well as at specially created performance and exhibit venues at The Merchandise Mart along the Chicago River.

In addition to Art Chicago, four core art and antiques shows also will be located at The Merchandise Mart ensuring it of being the gravitational center of Artropolis. The shows that also will be hosted in The Mart complex include:

* In its tenth year, the newly rechristened Merchandise Mart International Antiques Fair will feature 115 leading antique and fine art dealers from around the world, and will be hosted in 100,000 square feet of space on the south side of the 8th Floor of The Mart.
* The Artist Project, is a new art exhibition dedicated to independent artists of two-dimensional, mixed media, photography and sculpture will feature about 50 artists and be held in the spacious lobby of 350 West Mart Plaza.
* The Intuit Show of Folk and Outsider Art will feature intuitive and outsider art and will be staged in 20,000 square feet on the north west portion of the 8th floor of The Mart
* Bridge Art Fair, a show of young galleries, commercial and non-profit, featuring the work of emerging and new contemporary work in all media on the 12th floor of 350 West Mart Plaza

On Thursday, April 26, multiple Preview Party Celebrations benefiting charitable partners will provide collectors and patrons first-look opportunities with all of the five shows opening to the public on Friday, April 27, 2007 at 11 a.m. and running through Monday, April 30, 2007.

Symposium C6, produced by Merchandise Mart Properties, Inc., will be another distinguishing highlight of the week in Chicago. The by-invitation-only gathering will bring together an international group of socially engaged art collectors, artists, scientists, curators, technologists, patrons and cultural entrepreneurs who are confronting the new challenges and possibilities of our profoundly interconnected world. This unique forum with allow a diverse group of thought leaders to explore the theme “The Art World Is Flat: Globalism—Crisis and Opportunity.” SYMPOSIUM C6 is scheduled for April 26 – 28, 2007 at the Frank Gehry designed Pritzker Pavilion in Chicago’s Millennium Park. Burns Sowder Arts Advisory created the concept and is developing Symposium C6.

Vornado Realty Trust, owner of MMPI, based in New York City, is a fully integrated equity real estate investment trust. Vornado's common shares are listed on the New York Stock Exchange and are traded under the symbol VNO.

For lists of galleries, dealers and artists participating in 5 main shows of Artropolis, and for more information, go to http://www.artropolischicago.com.