The Happiness of Objects + Christian Tomaszewski 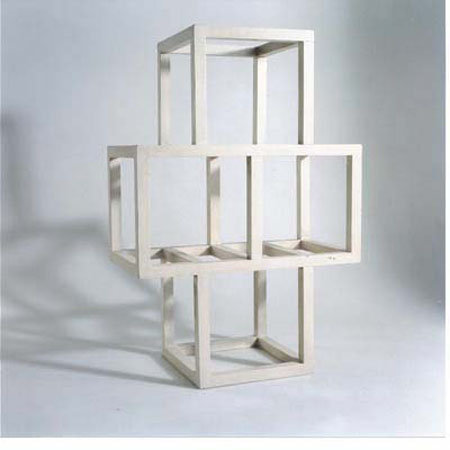 The Happiness of Objects + Christian Tomaszewski

The Happiness of Objects

The Happiness of Objects embraces W.J.T. Mitchell's invitation to consider the possibility that objects have their own desires (What do Pictures Want? The Lives and Loves of Images, 2005). While Mitchell focuses on the relationship between the image or object and the viewer, The Happiness of Objects will attempt to capture what objects want from other objects, from the context of their display to potential response to their presence. This necessarily involves a mixture of formal and subjective concerns such as space, light, proximity, hybridization, and life expectancy. Vitrines will display documents that examine pose and objectification, dimensions of scale, and mimesis.

In attempt to crystallize some of the main points of Mitchell's hypothesis, the exhibition proposes The Object's Bill of Rights, a non-exhaustive and disputable list. It is also a prelude to considering the object as an autonomous subject within a larger society of objects. At a moment when human rights seem negotiable, The Object's Bill of Rights is a satirical proposition albeit with a genuine interest in the formal properties and some of the set of relations that art objects engage with.

Many artists have created site-specific work especially for The Happiness of Objects. Olivier Mosset reclaims SculptureCenter's garage door by transforming it into a thirteen-and-a-half-foot monochrome (Golden Shower, 2007) that temporarily disappears when the door is raised. Mosset continues playing with the dimension of time in Untitled (Toblerone) (1994/2007), a fleeting sculpture composed of ice, which will disappear within a few days of the opening.

Phillipe Decrauzat masks SculptureCenter's only white wall with a stark, geometric pattern based on the repetition of the Dead Kennedys logo. Decrauzat optically warps a two-dimensional surface into a three-dimensional object; the title Does the angle between two walls have a happy ending? is appropriated from a 1964 J.G. Ballard magazine insert.

The Happiness of Objects is made possible in part by Jeanne Donovan Fisher, Pro Helvetia, Swiss Arts Council and with the support of the Austrian Cultural Forum New York.

Since 2004, Christian Tomaszewski has been plunging into the entrails of David Lynch's cult classic Blue Velvet (1986). Tomaszewski has been meticulously reconstructing parts of the film in real space: exploring the ability of architectural fragments to convey dramatic narrative. Tomaszewski is fascinated by the challenge of superimposing one space and structure onto another: the first, artificially woven together through film editing; the second, a totalizing structure defined by the walls and activities of the exhibition space. Both sets of conventions dissolve in their collision, leading to a third reality, which is a thematic structure in itself.

Christian Tomaszewski was born in Gdansk, Poland and lives and works in New York. His work has been exhibited at Centre for Contemporary Art Ujazdowski Castle (Warsaw), the First Bienniale of Polish Art (Lodz), the Bronx Museum of Art, Fondazione Querini Stampalia (Venice), Skulpturenmuseum Glaskasten (Marl), and Kunstsammlungen Chemnitz (Chemnitz) among other places. He has participated in prestigious residency programs with the American Academy in Rome, the Irish Museum of Modern Art in Dublin, and the International Studio and Curatorial Program in New York City, and received past support from the Pollock-Krasner Foundation, the Polish & Slavic Foundation, and the Mayor of the city of Gdynia, Poland.