Baroq at the Gridiron Hotel 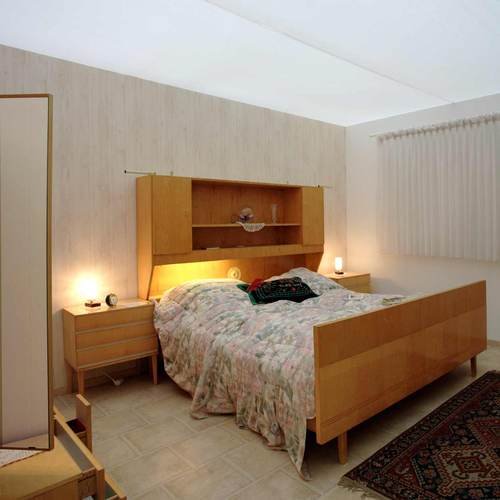 Netwerk / center for contemporary art gives substantial emphasis to process-based research and presents a.o. situation-based and/or context-oriented forms of mediation (such as interventions, encounters, performances, events, talks, presentations, publications, web logs ...). In these reflective (and self-reflective) processes Netwerk tries to stimulate various forms of exchange (e.g. between music, performance and the visual arts) that may be able to generate new and meaningful artistic entities. The versatile and modular infrastructure – a former textiles warehouse – offers every opportunity to keep close track of such developments and attracts numerous artists whose work crosses disciplinary divides.

Baroq at the Gridiron Hotel is a collective project under the artistic guidance of Joël Verwimp, a Belgian Berlin based artist who is also member of the board of the Kunstfabrik am Flutgraben. The project starts its public activities with a three days opening, the 48 hours initial hospitality incident (48hihi). During their stay at the Gridiron Hotel the artists will organize meetings, performances, workshops, screenings and interventions in public space. On Saturday night Joël Verwimp will moderate a public debate with Bettina Steinbrügge, director of Halle für Kunst in Lüneburg, Lillian Fellmann, artistic director of White, Wide, Wild Space (Zurich) and Simon Sheikh, curator and critic. One of the central questions will be in what way art worlds (informal and heterogeneous networks and formal institutions) can be regarded and used as research fields for social change and co-operation.


Simultaneously, the exhibition Cabinet Reclus / Potential Estate will be accessible in preview. Potential Estate is the umbrella title of a scenario, put together by a group of artists examining the possibilities of a collaborative residential format. After an exploratory mission in the U.S., Belgium, a small suburban entity situated in Wisconsin – founded by their Belgian and Luxemburg ancestors, has been identified as a potential terrain for a residential-annex-exhibition-project. On May 4th Cabinet Reclus takes a run-up to its opening on Saturday June 9th. At that time the cabinet will be presented in its completeness.