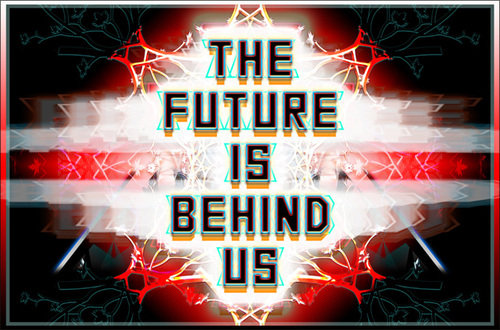 Newcastle based British artist, Graham Dolphin will present his first solo public gallery show in the UK. An innovative curatorial approach will result in a diverse exhibition which will appear in various locations throughout the building.

Repeater will bring together the three strands of Dolphin's practice: the fashion/text works, the record sleeve/vinyl works and the video works.

Dolphin often works directly onto ready-made objects such as vinyl records and fashion magazines. He scratches passages of minute, immaculate text into their surfaces. Working with a wide range of media, he transforms fashion, film and music icons into artworks that reveal the obsessions of the world of mass culture.

Mark Titchner's major new installation will mark the launch of BALTIC's new art space - The Street. Titchner's show is the first in a series of projects by international artists and will transform the entire entrance corridor of BALTIC.

Informed by the work of seminal artists such as Barbara Kruger and Jenny Holzer, his works have a psychological intensity and exploit the tensions between surface and depth with a distinctive, electrifying graphic style.

Often associated with channelling the energy of youth and with ideas of the avant-garde, Titchner's distinctive works appear to literally hum with energy.