Dimensions of Constructive Art in Brazil

The exhibition, celebrating the acquisition of the collection at the museum, reveals the innovation and originality achieved by the various Brazilian constructive tendencies and illustrates specific traits that separate them from related movements in Europe and the United States. On view approximately 100 pieces spanning two decades (1950-1965). Curated by Mari Carmen Ramirez. 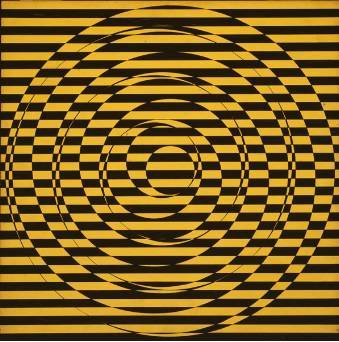 Dimensions of Constructive Art in Brazil: The Adolpho Leirner Collection is the first exhibition that celebrates the acquisition of the Adolpho Leirner Collection of Brazilian Constructive Art at the Museum of Fine Arts, Houston. Conceived by Dr. Mari Carmen Ramírez, the Wortham Curator of Latin American Art and director, International Center for the Arts of the Americas at the MFAH, the presentation will be organized to reveal the innovation and originality achieved by the various Brazilian constructive tendencies as well as to illustrate specific traits that separate them from related movements in Europe and the United States.

Approximately 100 pieces spanning two decades (1950-1965) will be featured in the show. The exhibition will be accompanied by two publications, a 160-page full-color catalogue, and an expanded catalogue with essays by leading scholars that will accompany an international tour in 2008-2009. The Houston presentation will be in the Upper Brown Pavilion of the museum’s Mies van der Rohe-designed Caroline Wiess Law Building from May 20 through September 23, 2007.

"In the 1950s and 1960s, the contributions of artists from the São Paulo-Rio de Janeiro axis opened up a highly original chapter in the history of international Modernism that has only now been fully recognized outside Brazil," said Ramírez. "It has been my privilege to highlight examples from the Leirner Collection in two of the MFAH’s major presentations of Latin American art: Inverted Utopias: Avant-Garde Art in Latin America, organized in 2004, and Hélio Oiticica: The Body of Color, presented this year.

We are now thrilled to have this outstanding addition to the museum’s burgeoning collection of Latin American art. The Leirner Collection offers a rare opportunity to understand certain critical developments in Brazilian art which are also relevant to the history of avant-garde art in Latin America and elsewhere."


Highlights of the Collection

Forerunners of abstract art in Brazil, including the first artist to embrace geometric abstraction, Cícero Dias (1907-2003) and the influential teacher Samson Flexor (1907-1971) are represented, as are major works by the most cutting-edge and avant-garde artists and groups active in the 1950s: the Grupo ruptura of São Paulo, and Rio de Janeiro’s Grupo Frente. Artists from these groups include Waldemar Cordeiro (1925-1973) and Mauricio Nogueira Lima (Grupo ruptura); and the brothers César (1939-) and Hélio Oiticica (1937-1980) and Lygia Pape (1929-2004) from Grupo Frente.

The collection is also strong in work from the Neo-concrete movement, with six major constructions by Lygia Clark (1920-1988). In addition, the collection features major artists who embraced constructive tenets yet worked independently of these groups, including Alfredo Volpi (1896-1988), Mira Schendel (1919-1988), and Sergio Camargo (1930-1990).