Investigations with Images in Contemporary Photography. Throughout its history, photography has always evidenced points of contact with other disciplines, from science to popular culture. Increasingly, in recent years, artists and photographers have been exploring this wide field of ideas for their photographic practice and examining their surroundings and the world with an analytical approach verging on the scientific. 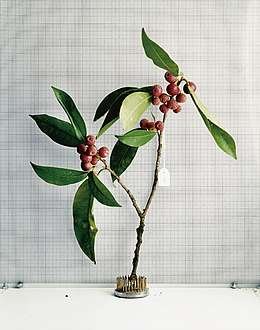 Investigations with Images in Contemporary Photography

Throughout its history, photography has always evidenced points of contact with other disciplines, from science to popular culture. Increasingly, in recent years, artists and photographers have been exploring this wide field of ideas for their photographic practice and examining their surroundings and the world with an analytical approach verging on the scientific. Perhaps the best known example of this from an earlier era is Karl Blossfeldt's portfolio of Art Forms in Nature (Urformen der Kunst), first published around 1930. Originally intended as a photographic teaching aid for students of botanical anatomy, the series is distinguished by its aesthetic and formal rigour. On the track of a scientific approach, the search for a theme, the pursuit of a trail, the exploration and discovery of form, but liberated from the gesture of objectivity, artists today are approaching these visual and research areas, sometimes with great earnest, sometimes with humour and irony, and often with the aim of questioning the criteria of the search for truth and social models.

French artist Pierre Bismuth (*1963, France) uses a clever blend of dadaist tradition and witty conceptual art to explore established notions of visual reproduction. With an apparent levity that belies the magnitude of the gesture, he undermines the significance and aura of the work of art, while at the same time reclaiming it for himself. In his Origami Unfolded series, a reproduction of a work of art, folded into an origami figure, takes on a new status as (applied) art. These new hybrid works are an ingenious cross between reproduction and appropriation.

In faraway Iceland, Kristleifur Björnsson (*1973, Iceland) has developed a singular approach to widely available visual worlds. He downloads images of Hollywood starlets from the web onto his hard disk and then appropriates them. In a lengthy process of selection, Björnsson develops a kind of Platonic relationship to the images of actresses, which he exhibits in larger-than-life format. The fine line between the publicly presented ideal and the emotions that develop in response to it casts up questions about the extent to which the flood of internet images creates entirely new realities.

Finnish artist Sanna Kannisto (*1974, Finland) spends months at a time with research teams in the South American rainforest, photographing exotic flora and fauna, which she stages in a specially created temporary field studio. In Kannisto's photography, the beauty and sublimity of nature collide with the precision and documentation of biological scientific research.

Danish artist Joachim Koester (*1962, Denmark) seeks out places that have a story - places with a certain art historical, sociological or historical importance. In 2005, for his Morning of the Magicians, Koester traveled to Cefalu, Sicily, in search of the villa used by English occultist and hedonist Aleister Crowley and his followers in the 1920s. Having eventually located the ruins of the building, Koester discovered, under many coats of paint, some explicitly sexual and drug-fuelled frescos from Crowley's day. The Morning of the Magicians series researches and documents the visible and invisible traces of the history of such places as well as their present-day reality.

Jochen Lempert (*1958, Germany) studied biology and so he approaches the relationship between science and art from the 'other' side, as it were. His teeming photographic tableaux of extinct birds, flocks of birds, various animals, clouds and waves are created using comparative visual methods to produce a breathtaking atlas of physiognomical similarities that is both serious and witty in its references to established cultural and artistic models of representation.

Walid Raad / The Atlas Group (*1967, Lebanon). THE ATLAS GROUP, based in New York and Beirut, was founded by Walid Raad with the aim of collecting, archiving and generating photographic documents about the Lebanese civil war of 1975-1991. Raad's photographs and reports are introduced into the current socio-political discourse of Lebanon in the form of exhibitions, lectures and performances, subtly broadening our understanding of how we experience history in the making and how it is conveyed in the media.

Ana Torfs (*1963, Belgium) created her slide projection installation Du mentir-faux in 2000, combining passages from the trial of Joan of Arc with fictitious photographs of the character to create a compelling literary question-and-answer game. Subtle nuances of sadness and apathy in the facial expressions of the actress indicate an inner response to the persistent questioning of the imaginary tribunal. Text and image dovetail here in an open dialogue that draws the viewer into the alternating play of fact and fiction.

Costa Vece (*1969, Switzerland) starts with found images gathered from high and low culture, which he collects and sorts into groups according to theme and motif, then juxtaposes on panels in dialogue with one another. The typologically arranged panels address political and social themes, images of exclusion and resistance, and visions of collective longing or belonging. By presenting the picture panels within three-dimensional installations that the viewer can actually enter, he makes the visual more physically tangible.

Fotomuseum Winterthur
Gruzenstrasse 44 - Winterthur
Hours: Tues-Sun 11 am to 6 pm, Wed 11 am to 8 pm