The exhibition features the work of thirty-six female artists residing in Southern California who have made art since the 1970s and continue to do so. Among these artists are Lita Albuquerque, Jacki Apple, Nancy Buchanan, Mariona Barkus etc. 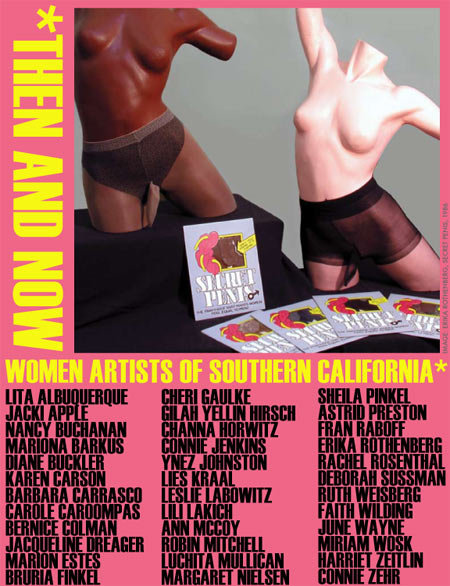 The emphasis on women artists' work is important and long overdue. This exhibition attempts to create a bridge in time. The thirty-year gap between Then (the seventies) and Now (the present) constitute many years of art creation and work by the artists in this exhibition.

An exhibition catalogue made possible by the combined effort of both the women artists of this exhibition and friends of the arts will be available for purchase for the duration of the show. This exhibition recognizes and is part of The Feminist Art Project: a project originated at Rutgers University to focus national attention on women artists in the year 2007.

Opening reception on Saturday, June 2 from 6 to 9 P.M.