Art in the Punk Years. The exhibition examines artists who represented, in very different and unexpected ways, the punk zeitgeist of the mid-70s to the mid-80s. Although the punk movement is largely known for its music, fashion and graphics, this exhibition exposes the vibrant art scene that emerged during these years, most notably in London, New York and Los Angeles. It includes the work of some 30 artists. 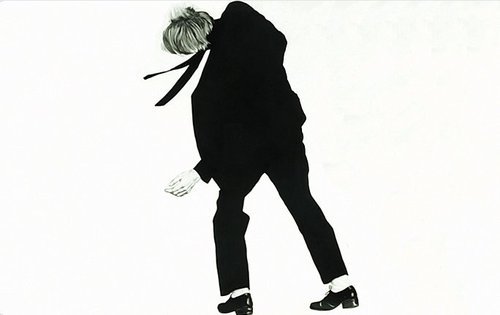 Art in the Punk Years

June 2007 marks two remarkable 30 year anniversaries: the Queen’s Silver Jubilee and the release of The Sex Pistols’ irreverent God Save the Queen with its infamous album cover by Jamie Reid . To coincide with these landmark events, Barbican Art Gallery is staging Panic Attack! Art in the Punk Years.

The exhibition explores art produced from the mid-70s to the mid-80s in Britain and the United States, at a time when both countries were a breeding ground for subcultures of punk and post-punk. Although the punk movement is largely known for its music, fashion and graphics, this exhibition exposes the vibrant art scene that emerged during these years, most notably in London, New York and Los Angeles.

Including the work of some 30 artists, the exhibition examines art which shares many of the concerns and attitudes associated with the punk years. Many of the artists have direct links with the punk scene including Nan Goldin, Derek Jarman and Raymond Pettibon, others have less well-known, but significant connections with punk in their early careers, such as Tony Cragg, Jenny Holzer and Barbara Kruger.

The inner city as a place of fantasy, protest and decay, the body as a political battleground and the dynamic cross-over between the worlds of art and music are major themes of the exhibition.
David Wojnarowicz in New York and Stephen Willats in London turned to urban dereliction as a symbol of personal and social crisis, as did New York artists such as Jean-Michel Basquiat who were closely associated with the emergence of graffiti art.

Panic Attack! also explores the inter-disciplinary nature of the punk movement and the many collaborations that formed between artists and musicians during this period. Robert Mapplethorpe was a contemporary of the first generation of punk stars in New York, notably Patti Smith. At the same time, London-based artist and filmmaker Derek Jarman was making his super-8 film of the iconic Jordan in full punk make-up, dressed as a ballerina.

By the end of the punk movement in the mid-80s, London’s vibrant club scene had become a source of inspiration. Cerith Wyn Evans was one of many artists who documented this underground hedonism in a film which included footage of Leigh Bowery, the London clubbing luminary celebrated for his outrageous costumes and body modifications.

This fascinating exhibition examines artists who represented, in very different and often unexpected ways, the punk zeitgeist of the 70s and 80s. Their work was sometimes confrontational or angry, but always fiercely independent and intelligent, reflecting the anarchic spirit of the punk years.

PUBLICATION
A book accompanies the exhibition, published by Merrell priced £29.95.


Plus performances, talks and films:

All events take place in the Gallery and are FREE to same day tickets holders unless otherwise stated.

Wed 6 Jun /6.30pm
The Responsibility of the Artist
£3 or free to same day ticket holders
Redgrave Room, Level 4
Exhibiting artist Victor Burgin reviews the history of his artistic and critical practice – from the conceptualist photographic works of the 1960s to his recent video work, focusing on political engagement and the ‘responsibility’ of the artist.

Fri 8 – Tue 12 Jun
Cinema in the Punk Years 1974 – 1984
Barbican Film presents a selection of British and American features and documentaries exploring the development of the punk and post-punk movement and how this alternative aesthetic became a cultural phenomenon through film, art and music.
Visit www.barbican.org.uk/film for programme details.

Sat 9 Jun /1pm
Peace is Tough
Cinema 2, Level 4
£7.50 /£6
Exhibiting artist Jamie Reid discusses the historical and political context of his work before, during and after the punk years.

Wed 18 Jul/6.30pm
Strategies of Dissent
Writer David Bussel, constructs an historical lineage of photographic practices before and after punk. These photographs critique ideology and challenge our values and beliefs through representation itself.

Wed 15 Aug/6.30pm
Introduction to the Exhibition
Ariella Yedgar, co-curator of the exhibition, discusses the use of collage and appropriation by artists in the exhibition.