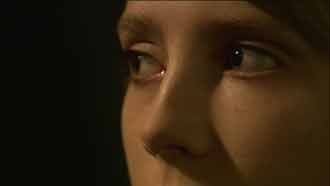 One of Northern Ireland's leading artists, Willie Doherty, will take a specially commissioned piece called 'Ghost Story' to Venice this year where he will exhibit alongside some of the world's most influential artists, including fellow Turner Prize nominee, Tracey Emin.

This is only the second time that there has been an official Northern Ireland exhibition at the influential Venice art festival. This year’s exhibition, which opens at the beginning of June and runs for five months, is supported by the Arts Council of Northern Ireland, the Department of Culture, Arts and Leisure, and British Council Northern Ireland.

Willie Doherty will present three video film installations at the Venice Biennale, exploring various states of mind - ‘Closure’ made in 2005, ‘Passage’ from 2006, and ‘Ghost Story’, a new piece commissioned this year especially for Venice. It was shot and produced in Northern Ireland by a crew of skilled professionals including the cinematographer Seamus McGarvey and local film actor Stephen Rea, who provides a voice-over. These video works are set against the backdrop of a changing Northern Ireland but they engage with a wider international discussion that reflects the apprehension and uncertainty we all live with.

Colm McGivern, Director of the British Council said, “Willie Doherty’s work, and his status as one of the leading artists working in the UK and Ireland, ensures that the Northern Ireland presentation will attract the kind of world-wide attention deserved by a place with such an ambitious international agenda. This will be a challenging show, placing the renewal of contemporary Northern Ireland and our cultural confidence right next to the edginess and tensions found here and in other places across the world. It’s a truly international show, with a powerful international resonance and one which we’re proud to support.”

The Venice Biennale of Art was founded in 1895. This showcase exhibition takes place once every two years, with the 2007 Biennale being the 52nd event. The Venice Biennale is the most established and respected international visual arts festival in the world.

Willie Doherty’s exhibition will complement further exhibitions by the UK and Ireland, taking place at the same time across Venice.

The Ireland Pavilion, which is for the first time located in the same building as the Northern Ireland exhibition, will feature the work of the Dublin-based photographic, film and video artist, Gerard Byrne.

Willie Doherty was born in Derry in 1959 and continues to live and work in that city. He first came to prominence in the 1980s when he exhibited a series of powerful photographic works accompanied by text. These works, like all his subsequent photographic and video work, explores the complexities of living in a divided community, especially in his native Northern Ireland. Much of his work refers to an undercurrent of fear, oppression and uncertainty that for many was a daily experience of life in Northern Ireland during the ‘Troubles’. Doherty has twice been shortlisted for the Turner Prize, once in 1994 and again in 2003.