45 years of Art and Feminism 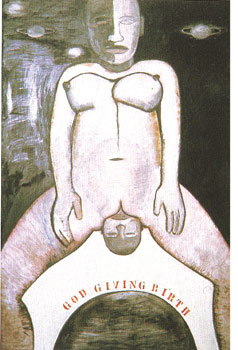 45 years of Art and Feminism

The exhibition "Kiss Kiss Bang Bang. 45 years of Art and Feminism" brings together 69 works of 45 artists from diferent countries who have initiated and/or continue to produce what has been referred to as "Feminist Art". The show includes, five documentary videos specifically produced by 3 artists, one collective and one theoritian with the aim to contextualize the feminist artistic practice with the social, political and theoretical feminist movements.

THE EXHIBITION
From the late 1960s on, feminism had a major impact on the visual arts, both as regards the praxis of some women artists and the production of texts and essays describing the awkward position of Western women artists and their works in the pages of art history. From the mid-seventies, a series of publications on both sides of the Atlantic increasingly demonstrated the androcentric bias running through the art history officially taught in schools and universities, while critically examining notions like "genius", "artist" and "art work". What’s more, by compiling the works of those women artists influenced by feminism’s technical and political tenets, some of these publications have put together a body of works referred to as "feminist art", now considered the last avant-garde movement of the 20th century and the one to have most radically transformed the worlds of art.

As a reaction to the tradition predominating in official art history, which tends to isolate works and artists from their social and political contexts, the exhibition will give visitors the chance to establish a link between art practices and the political, social and intellectual practices of feminism. With this aim in mind and considering that from the Illustration feminism comes dragging some central subjects, that still today look forward for a definitive solution, the show is arranged according to five themes central to the feminist movement:

1.-the struggle for civil and political rights of women;
2.-the cultural construction of sex, gender and sexuality;
3.-the struggle to liberate women's bodies;
4.-the specific condemnation of violence against women;
5.-the varied attempts to write a true history of the human species that does not exclude fifty per cent of the population.

Categorizing and grouping the artworks shown in this exhibition under "feminist art" is by no means an attempt to isolate them in some essentially non-art category or to separate them in some way from art history in general. In fact, it was feminism that actually redefined the terms of art in the late 20th century, by exposing everything from the cultural nature of gender to the politicization of the relationship between the public and private spheres and by exploring the nature of sexual difference or even by highlighting the specificity of bodies marked by gender, race, age and class. However, although we do not separate feminist art from art in general and it is true that the women artists situation has improved in the period analyzed, the fact is that women artists still face major prejudice and obstacles just because of their sex.

The title of the exhibition, KISS KISS BANG BANG, is conceived to highlight in a particularly graphic way the contradictions and misalignments between the stereotypes created about women in patriarchal cultures and the reality of a group that has fought unceasingly against such stereotypes. The point is to confront the traditional idea of femininity that sees women as the repose of the warrior, that objectivizes them sexually in culture (KISS KISS), with another reality of women as active, enterprising subjects tireless in the ongoing struggle to achieve status as first class citizens (BANG BANG).