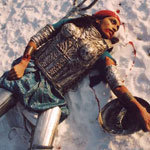 As the art world celebrates the work of women artists' this year, and as SAWCC commemorates their 10th anniversary, this exhibition at Exit Art will contribute to the spectacle in SAWCC's truly collective fashion. Sultana's Dream, curated by Jaishri Abichandani, Founder of SAWCC, will feature collaborative works and participatory projects that have been produced through a process of dialogue between at least two South Asian women artists - across disciplines that include: visual artists and writers, dancers, filmmakers, musicians etc. Sultana's Dream will include the work of established South Asian women artists such as Shazia Sikander and Chitra Ganesh, as well as emerging or lesser known South Asian women artists selected from an open call for submissions. Including over 30 artists of Bangladeshi, Burmese, Indian, Maldavian, Pakistani, Sri Lankan, Nepali, Afghani, and Iranian descent, Sultana's Dream showcases the spectrum of South Asian women's intellectual and aesthetic perspectives.

The exhibition's title is a reference to the classic short story "Sultana's Dream" by Rokeya Sakhawat Hussain. In the story, the typical Muslim custom of consigning women to relative seclusion is reversed; in the feminist utopia of Sultana's Dream the women make fantastic advances in the public sphere while men are relegated to the private sphere. Like the story, this exhibition underscores the innate potential of women's collective action. In Index of the Disappeared, the artists Chitra Ganesh and Mariam Ghani will create an installation composed of suspended neon signs and direct-applied vinyl lettering in English with Urdu, Arabic and Hindi hand-painted on the walls and aluminum signs in the style of the old countries The words and phrases featured in this installation will be taken from the artists' archive of official documents, ephemera and testimony that traces how censorship and data blackouts after 9/11 have created real disappearances in immigrant, other, and dissenting communities across the US. In the sound installation Lota Stories, the visitor will hear men and women who hid their use of a lota, a water vessel typically used in bathrooms in South-Asia, from their American friends, lovers and roommates. Alternately humorous and poignant, Lota Stories underscores how the pressures of assimilation can impact even the most mundane of rituals.