10th Presentation. Around the theme "Replaying Narrative", developed by Guest Curator Marie Fraser, the city of Montreal, will be illuminated by a constellation of more than 30 solo exhibitions and public space interventions. Local, national and foreign artists (from the two Americas, Europe, and Asia) will present works highlighting the various ways of rethinking the narrativity of the image. 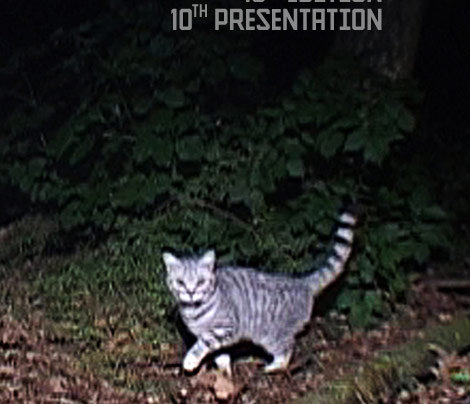 This year Le Mois de la Photo à Montréal celebrates its 10th presentation from September 6 to October 21. The city will be illuminated by a constellation of over 30 solo exhibitions and public space interventions spread out in various sites throughout Montreal, all organized around the theme Replaying Narrative, developed by Guest Curator Marie Fraser. Artists from Quebec, Canada and abroad (from the two Americas, Europe, and Asia) will present works highlighting the various ways of rethinking the narrativity of the image. All exhibitions and activities are free of charge.

The exhibitions will be presented in 4 circuits throughout the city: Ville-Marie, Plateau-Mont-Royal/Mile-End, Maisons de la culture, and for first time in Saint-Henri. This year Le Mois de la Photo à Montréal will infuse the Saint-Henri district with exhibitions that will take place in former industrial and religious buildings, and public space interventions in the area. To compliment the exhibitions an array of activities and festivities are organized: opening festivities on September 6, nocturnal event on September 7, a series of exhibition openings, international colloquium titled The Photographic Becoming of the Image on October 5 at the Canadian Centre for Architecture, educational program in the Saint-Henri district, as well as artists’ talks and guided tours.

Among the special events not to be missed, writer Wajdi Mouawad will record in performance a new narration for Christelle Lheureux’s (France) film L’Expérience préhistorique (September 5, Cinémathèque québécoise). Also, guitarist Bernard Falaise will play for artists’ Karin Kihlberg and Reuben Henry’s (Sweden/UK) performance, CHNS: A Demonstration of Classic Hollywood Narrative Structure (September 7, Centre des arts actuels SKOL). Also entitled Replaying Narrative, the publication of Le Mois de la Photo à Montréal 2007, edited by Marie Fraser, assembles five essays by internationally known experts and numerous colour reproductions of the artists’ works. It is the first major publication that brings to light the subject of narrativity of the image by presenting the points of view of both Canadian and international authors. This 400-page bilingual reference book will be available in various exhibition sites during the event, and in bookstores mid-September.