Part I. A selection: forty artists from thirty years of exhibitions at Marian Goodman Gallery. From october 23rd through november 24th: Part II. 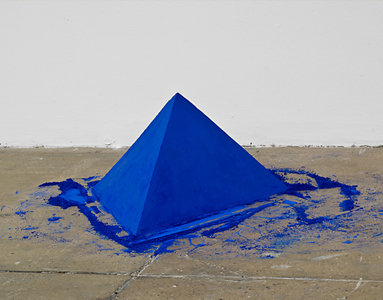 Marian Goodman Gallery is delighted to announce the gallery’s thirtieth anniversary this September, which will be celebrated with an exhibition in two parts, opening on September 10th, and commemorating the history of the gallery over the past three decades.

The exhibition, titled 30/40 will be curated by Benjamin H.D. Buchloh and will be accompanied by a comprehensive, illustrated catalogue to honor the artists’ careers and to highlight major works. The catalogue will include a comprehensive text by Benjamin H. D. Buchloh; interviews by Jean-François Chevrier and by curator Lynne Cooke; a chronology of exhibitions over the past thirty years; and biographies and bibliographies of the artists.

For thirty years, the Marian Goodman Gallery has played an important role in introducing European artists to American audiences and helping to establish a vital dialogue among artists and institutions working internationally, and expanded twelve years ago to include an exhibition space in Paris.

Marian Goodman was born and raised in New York City, has two children, a son and a daughter, and studied art history at Columbia University. In 1965, prior to the establishment of the gallery, Marian Goodman and partners founded Multiples, which published prints, multiples, and books by leading American artists, such as Richard Artschwager, John Baldessari, Dan Graham, Sol Lewitt, Roy Lichtenstein, Claes Oldenburg, Robert Smithson, and Andy Warhol. From 1968 to 1975, Multiples worked with European artists, introducing early editions by Joseph Beuys, Marcel Broodthaers, Blinky Palermo, and Gerhard Richter to American audiences. In 1977, Marian Goodman opened her gallery with the first exhibition of Marcel Broodthaers in the United States.

In 1998 the Gallery inaugurated a new space with its “Breaking Ground” show, which celebrated the enlargement of the gallery at 24 West 57 Street by Gabellini Associates, to include an 8,000 square-foot exhibition space. In June 1995, Marian Goodman Gallery opened a gallery in Paris, now located at 79 rue du Temple.

In an interview with Jean-François Chevrier in Galleries Magazine in 1992, and reprinted in the 30/40 exhibition catalogue, Marian Goodman discussed the natural evolution of her position as a gallerist: “Things often start before you realize that they have. We are as gallerists, too, each formed by our own history and personal perspective. Perhaps because my background was deeply marked by an interest in or study of history and then finally art history, I grew up understanding the power of art to profoundly touch one’s being. My thoughts were somehow about the perspective of time, about enduring values or conditions, and about society’s and the individual’s struggle throughout time to find them and express them.. And it is still a source of amazement to me – what a human being is capable of creating and how art can move people. It is what draws me to work with artists and to respect them so deeply. Art is a human need, an expression of one’s soul and intellect, and one of the very last moral positions in our society – an affirmation of the highest in the human spirit.”

We look forward to our thirtieth anniversary of forty artists’ which will open to the public on September 10th and continue though November 24th, 2007.

Please join us at the opening reception on Monday, September 10th, from 6-8 p.m.