2nd Photo Festival Mannheim_Ludwigshafen_Heidelberg. 3 venue cities host international photo and video art by 82 artists from 30 countries. This exhibition designates content converging on the media planes of cutting-edge photography with the realities of life surrounding us with both beauty and danger, often close to the abyss. On show Tacita Dean, Peter Friedl and Walter Niedermayr and many others. Curated by Christoph Tannert. 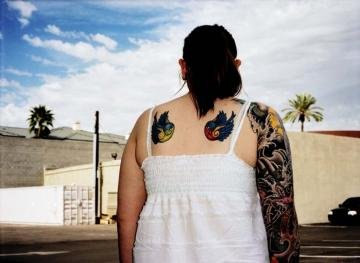 The 2nd Photo Festival Mannheim_Ludwigshafen_Heidelberg opens on 21 September. The three venue cities will be presenting the Festival until 21 October 2007 under the title Reality Crossings, which is also the subject matter of the exhibitions. The curator this year is Christoph Tannert, director of Künstlerhaus Bethanien in Berlin and acclaimed exhibition organiser in the fields of the visual arts and photography.

Reality Crossings will show international photo and video art by eighty-two artists from thirty countries. A quarter of the listed artists are German while three quarters of the contributions are from abroad. Participating artists include Tacita Dean (GB), Peter Friedl (A) and Walter Niedermayr (I). They are joined by numerous young talents, some of whom are on the brink of discovery, such as Inês d’Orey (P), Nezaket Ekici (TR), Sadaf Rassoul Cameron (USA) and Juliane Eirich (D). Three artists from three different countries lived and worked in the three cities conurbation while preparing for the 2nd Photo Festival: Beth Yarnelle Edwards (USA), Michelle Sank (GB) and Kim Yunho (ROK) have realised exciting projects here, that will also be seen at the Festival. About a quarter of the participating artists will be presenting new works or works that are being shown for the first time in Germany. This group includes projects by Juliana Beasley (USA), Via Lewandowsky (D), Mar iele Neudecker (D) and Frank Rothe (D).

With Reality Crossings Christoph Tannert has undertaken a relaunch of what used to be the Internationale Fototage, which moved from Herten into the Rhine-Neckar Triangle two years ago. Reality Crossings designates content converging on the media planes of cutting-edge photography with the realities of life surrounding us with both beauty and danger, often close to the abyss. The photographs and video works deal media-specifically with phenomena that are being currently discussed. They confront us with subjects and images that are usually -- more or less consciously -- screened out, overlooked or ignored. This year’s Festival will be more closely tied in with current trends in contemporary art than has previously been the case.

Unlike 2005, there will be no country quotas for participating artists. National bias was no longer an option for the curator.

Themed workshops and guided tours will also take place under the auspices of the Festival. Another Festival highlight will be the ceremony at which the DGPh (German Society for Photography) will award the Dr.-Erich-Salomon-Prize on 29 September 2007. This year’s prize winner is Letizia Battaglia from Sicily. She is to receive this distinction for her fight against the Mafia, in which the camera is her weapon and constant companion. Selected works by Letizia Battaglia will be shown at the Ernst Bloch Centre (Ludwigshafen).