It is a new fair for contemporary art galleries representing the work of relevant emerging artists. The fair runs parallel to the Art Forum fair and provides a more open open and relaxed platform for interesting new projects and galleries. More than 50 galleries will show their most interesting artists, in the station - former postal freight depot, near the Potsdammer Platz. 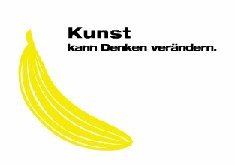 The BERLINER LISTE is a new fair for contemporary art galleries representing the work of relevant emerging artists. The BERLINER LISTE runs parallel to the ART FORUM fair and provides a more open and relaxed platform for interesting new projects and galleries. More than 50 galleries will show their most interesting artists, in the station – former postal freight depot, near the Potsdammer Platz.

With a new system for defining the booth architecture, by allowing interaction with participating galleries to help define their presentation format and layout, we provide a more convenient fair design, and support a creative and relaxed atmosphere, combined with a café, lounge and dance floor with evening entertainment, including a DJ, will promote the new casual atmosphere.

The BERLINER LISTE connects younger galleries to the long tradition of Fine Art collecting in the 4 million inhabitant, great Berlin. With its rich history and muses, the capitol is Germany's most visited place, from where the BERLINER LISTE will attract more than 12.000 curators, collectors and visitors.

In its 4th year the BERLINER LISTE definitely places emphasis on the international aspect of its participants as well as its audience. The cross- cultural exchange takes place all over the world due to the participation of galleries from all corners of our globe, starting from the middle and south European areas with participants from Germany, Spain, the UK, France, Italy and the Netherlands over the ocean to the American Continent- especially to the USA, Mexico and Chile. What makes the BERLINER LISTE definitely special this year is the boosted interest and participation of galleries from Eastern Europe. Due to the recent enlargement of the European Union the BERLINER LISTE is proud to welcome many galleries from Poland, Latvia and Slowenia, who will contribute a new point of view and a new taste of contemporary art and artists from these areas. With this new input the BERLINER LISTE will enrich the creative work and enlarge the artistic horizon of anyone who is ready and open- minded to face new aspects and possibilities of artistic expression.

Foundation and Concept
In 2003, Wolfram Völcker together with other gallery owners had the idea to bring to life an off-fair especially for young and ambitious galleries, for which a classical art fair was badly suited. There the exhibitors are under large financial pressure, due to high fair expenses, and high sale turnovers are difficult to achieve with young artists. The Berliner Liste offers a suitable platform to these galleries, providing a format where they can experiment without financial risk. Thus the Berliner Liste does not consider itself to be a competition, but a supplement to the Art Forum.

Track Record
After the successful start in 2004 (with 40 galleries and 3000 visitors) the Berliner Liste has grown from year to year. Recognised by press and audience alike, it has managed to grab a steady position in Berlin’s art szene, as an innovative fair of discovery, and as a Berlin institution. Berlin has become, like no other German city, an attraction for young artists from all parts of the world. It is for this scene, that the Berliner Liste exists today. With a sure feel for the choice of topical exhibitors, it has become a seismograph for contemporary art trends.

Berliner Liste 2007: even more international
This year the Berliner Liste presents more than 60 galleries from 11 countries. For the first time participants from Mexico and the USA also participate. Pleasantly many gallery owners come this year from East Europe, namely from Poland and Latvia. As Berlin has historically, and geographically, been regarded as an important interface between the east and west, the Berliner Liste also reflects this trend. As international as the exhibitors the audience will be. The organizers expect more than 12,000 curators, collectors, journalists and art enthusiast from the whole world.

Location
The unusual location also contributes to the attraction of the Berliner Liste. Not anymore in the transformer station at Prenzlauer Berg, as in past years, the Liste of 2007 takes place in the former post freight depot at Gleisdreieck. With a lot of atmosphere and a lot of space (3,000 square metres) the 100 year-old, landmark preserved building is the optimum scene. In addition, another advantage of the new location is the central position in the heart of the city between Technikmuseum and Neuer Nationalgalerie as well as the ideal infrastructure and traffic binding. The remarkable atmosphere of the Berliner Liste is of special concern to its founder, Wolfram Völcker. Here in a relaxed, stimulating surrounding business can be transacted, ideas presented, and cross-border contacts made.