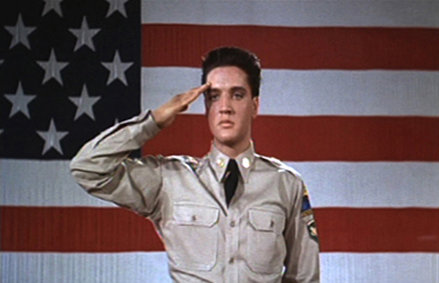 During the Vietnam War, public opposition was fueled by the images of horror that circulated in the media. With the war in Iraq, the US Government was determined to prevent that from happening and a plan to control all media coverage was implemented. In the atmosphere of patriotic fervor and paranoia that followed the World Trade Center attack, media outlets were highly cooperative and complicit, restricting debate in the build up to war and reporting government press briefings as fact. The initial invasion was titled like a movie, "Operation Iraqi Freedom," and events were staged, like the rescue of Jessica Lynch, to keep the public on the edge of their seats. In a plan by the Defense Department to provide controlled access to the battlefield, a strategy of "embedding" reporters with in military units was developed. Journalists had to sign contracts with the military that limited what they were allowed to cover. Traveling with troops whom they were reliant on for protection, the journalists effectively became part of the group they were supposed to be reporting on. In this atmosphere, soldier's cell phone cameras and the Internet became the unintended, primary means of leaking inflammatory information and images.

2007 is the fifth year of the US War in Iraq, and the 30th Anniversary of the death of Elvis Presley. Included in the show is the premiere of a new video, Elvis '58/'93, which focuses on Elvis's military service. When Elvis burst onto the scene in 1956, bringing black music to young white America, he threatened the establishment with a promise of racial integration and sexual liberation. When he was drafted into the Army two years later, Elvis went from public enemy number one to the country's greatest propaganda tool. The financial interests of his manager, the honorary Colonel Tom Parker, dovetailed with the propaganda interest of the US Government, and Elvis became a hapless pawn in a grand, capitalist scheme. Elvis '58/'93 also tells the story of another soldier nick named Elvis, CWO Clifton "Elvis" Wolcott, who flew a Black Hawk helicopter in the failed US "Battle of Mogadishu" in Somalia in 1993. The battle is depicted in the 2003 Hollywood movie, "Black Hawk Down," assailed in Somalia upon it's release for focusing exclusively on the 19 US soldiers who where killed, when over 1,000 Somalis also lost their lives. Footage from the movie is inter-cut with footage of Elvis' last great stand, a live concert from Hawaii transmitted via satellite all around the world in 1973. An emissary of the American way of life, a bloated and off-key Elvis signals the end of an era of American cultural dominance.

Horowitz's video, Rome (2006), can currently be seen in the show "New York State of Mind" at the House of World Cultures, Berlin.