Artists past and present 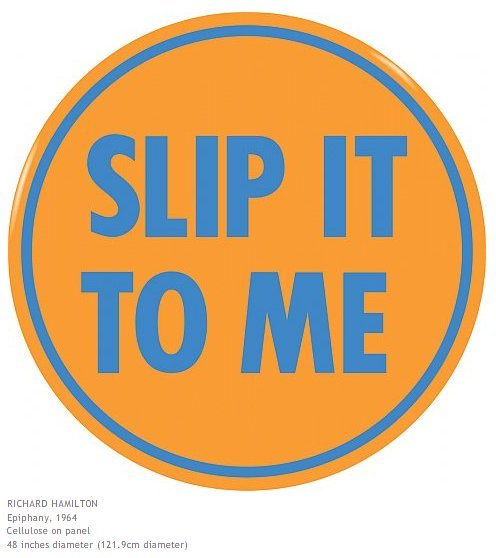 This is just the beginning…

Gagosian Gallery is pleased to announce a major exhibition to mark the fiftieth anniversary of Richard Hamilton's visionary definition of Pop Art. Hamilton's seminal role in this movement has been widely acknowledged, and this exhibition includes artists of his generation as well as many others who have contributed to the development and dissemination of Pop over the last fifty years.

Pop Art crossed all boundaries between high and low culture to produce many of the twentieth century's iconic images. Artists around the world radically transformed painting and sculpture, according the same importance to the everyday and the mass-produced that had previously been the reserve of the epic and the unique. Andy Warhol's vision of the role of art in modern society and the democratization of art production was set in motion as artists took images from advertising, Hollywood, comic books, and industrially designed products to address issues such as class, political change, and consumer culture. Whether they borrowed in a celebratory or critical spirit, Pop artists encouraged a new contemporary vision through their fresh perception of visual, cultural, and commercial icons. Pop represented a sudden and dramatic expansion of often-contradictory possibilities, which has been one of the main reasons for its continued influence on subsequent generations of artists.

This exhibition allows us to consider the ways in which artists, past and present, respond to constantly changing ideas about what Pop art is. It presents the rise of Pop Art, and its establishment as a major force in contemporary art, through works by more than forty artists, from the first generation of Pop artists—including Hamilton, Robert Rauschenberg, Jasper Johns, Claes Oldenburg, Roy Lichtenstein, Andy Warhol, Yayoi Kusama and Ed Ruscha—to subsequent generations of artists who have traced and extended Pop Art's varied legacies, including Jeff Koons, Richard Prince, Mike Kelley, Damien Hirst, Takashi Murakami, Rachel Harrison, Nate Lowman and others. In this highly engaging artistic dialogue methods of seriality and repetition, the use of synthetic materials as well as media images, and references to mass production are visible, proof that the concept of Pop is still vital in contemporary art.

Pop Art Is… coincides with major exhibitions at the Hayward Gallery, The Painting of Modern Life (4 October - 30 December 2007) and at the National Portrait Gallery, Pop Art Portraits (11 October 2007 - 20 January 2008).

A fully illustrated catalogue will accompany this exhibition, with a text by Greil Marcus and a visual essay by Louise Lawler, illustrating the development of this movement over the last fifty years.