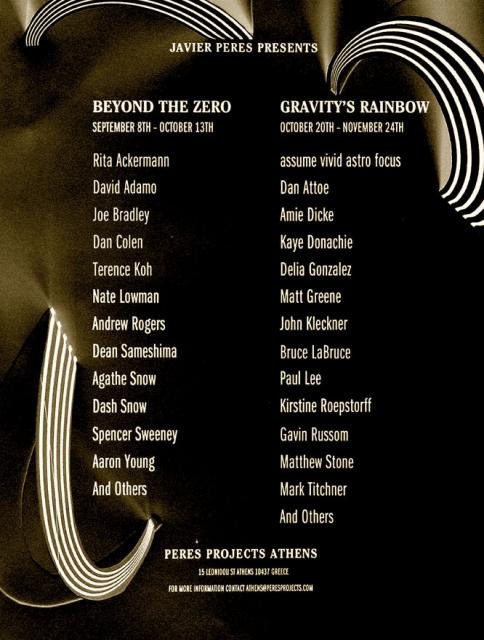 Peres Projects will open in Athens from July through November 2007 in a semi-derelict modernist building. The building is located at 15 Leonidou Street in the Keramikos neighborhood of Athens, an area known for its production of ceramics in ancient times, and the city's only functional cemetery through the Roman era. Today, the area is known for its' red-light district populated by junkies, hookers, pimps and drug addicts, many of who we've already befriended. The area is also home to large concentrations of immigrants, mainly Chinese and middle eastern people so it is also known as the Chinatown of Athens. The area is totally safe compared to similar areas in other majour cities but for Athenians it is an area that is both shady and full of possibilities. There are several really cool little bars, restaurants are popping up, you get the drift…

We will only be using the top 3 floors of the building, as well as the rooftop, and leave the ground and first floors empty and derelict. We will not be making any improvements to the space, other than making sure we have functioning internet, electricity and toilets. Some images are included to give you an idea of the building's exterior and the interior. Our exhibitions and events will be in coordination with the 1st Athens Biennial, aptly titled "Destroy Athens" which will take place in the neighborhood and nearby area of Gazi.

We will produce a catalog for each of the exhibitions and also dedicate an issue of Daddy, our new art journal to the complete Greek adventure, both in and out of the gallery.