The stamp of fantasy 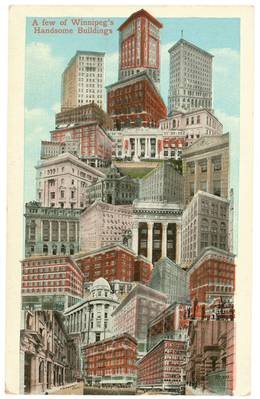 The Visual Inventiveness of Photographic Postcards

Curator of the exhibition is Clément Chéroux (photographic historian amd curator of the photographic collection at the Centre Pompidou, Paris). The exhibition has been organised in collaboration with the Museum Folkwang in Essen and the Jeu de Paume in Paris. It is accompanied by a book published by Steidl Verlag.

With generous support by the Ars Rhenia Stiftung, the Kulturstiftung Winterthur, and the French Embassy.

* On 30 October, at 7.30 p.m., the Fotomuseum Winterthur will present the literary event accompanying the neorealism exhibition: "Can Reality Speak?" With Prof. Dr. Tatiana Crivelli (lecture) and Graziella Rossi and Helmut Vogel (readings), in German. Admission CHF 15.- / CHF 10.- reduced and for members.

* The second "International Festival of Light in Winterthur" will take place from 3 to 25 November 2007. The Center for Photography will participate in this programme and will project the wall installation "Goodbye" by Zilla Leutenegger every day after dusk until 10 p.m.