The isolation, acceptance and application of a body of knowledge outside of one's comprehension. Brought together in the exhibition are a number of artists and intellectuals who have at the core of their practice a hunger for knowledge, and from whom this term has emerged. 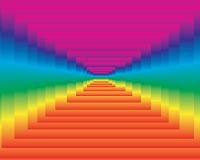 If the term blackboxing means to accept a function or an application but not a method(ology), what is it - both scientifically and socially - that compels us to peer inside black-boxes? Brought together in the exhibition Blackboxing are a number of artists and intellectuals who have at the core of their practice a hunger for knowledge, and from whom this term has emerged.

Our open curiosity and defiance in the face of evidence has seen the term blackboxing expand from its origins in information technology. It has become a broadly compelling rallying point for those hoping to enable independence in an individual's experience of fact, truth, absolute ideas and beliefs. By looking inside blackboxes, artists can activate discreet bodies of knowledge - finding concrete ways to address the increasing abstraction of complex mathematics and physics, and building back roads into politically unstable global scenarios where international reportage is diffused by popularising rhetoric and smoke-screens.

The mimicry, blind faith and increasing dependence on ever-more complex systems is changing the way we comprehend our world; although we slavishly attempt to regenerate our systems at the rate of development, we are at the same time loosening our conceptual grasps on the functioning realities of these systems and cornering ourselves into a state of acceptance.

In an interview with artist Rene Gabri, theorist Manuel de Landa recalled his earlier experiments with code-writing, hacking and what he now refers to as blackboxing. Applying a technique widely used in everyday activity, he would copy a body of computer code which he knew to function a certain way into another system in order the replicate that function, yet utilise it towards a different end. As Bruno Latour explains, blackboxing accounts for the moment whereby 'technical work is made invisible by its own success'.

"As a realist… I have to open as many blackboxes as I can. I have to give accounts in terms of mechanisms." Manuel de Landa

Mariana Castillo Deball's (MEX) film Blackboxing, introduces us to The Escape Artist, The War Magician and an inventor blinded by the complexity of his own eye. Tracking a series of observations, descriptions and definitions, the film illustrates the wonder of what it is to be curious. L Budd et al. (NZ) maximise the conditions in which telepathic exchange might occur. In an attempt to engineer a telepathic device, four suitcases perched on top of four grey stools conduct a quasi-conversation, while the suitcases' strange songs compel us to ponder the possibility of such a device. Rene Gabri (IRN) & Ayreen Anastas' (PLE) video works, What Everybody Knows, is a play on what everybody possibly ignores or hides from themselves.

Their research and experiences in Palestine and Israel resulted in a series of videos where characters emerge and lead us towards a deeper awareness of the situation in Palestine, punctuated by poignant and alarming personal stories. Co-directors Peter Galison (USA), Pellegrino University Professor of the History of Science and of Physics at Harvard University and cinematographer Robb Moss' (USA) trailer to their film Secrecy, explores the relationship between secrecy and security - 'We live in a world where the production of secret knowledge dwarfs the production of open knowledge'. With the film ready for release in January of 2008, the trailer acts as another Pandora's Box. Bea McMahon's (IRL) background in maths and mathematical physics is used to great effect to illustrate complex theories involving space and time.

In a new film featuring two turtles attempting to understand the numerical relationships between their own, animated beings, and the coded figures displayed above them, McMahon introduces everyday signifiers such as car number plates in a didactic and humorous animation. Garrett Phelan's (IRL) spray-painted black void looms over the gallery. Trapped in the dense blackness is an object for communication, a receiver, or nothing at all. In recent years Phelan has focussed his practice around extensive explorations into 'the formation of opinion' and 'the absolute present'. The Penrose non-periodic tile is the subject of Grace Weir's (IRL) installation, and we are treated to the evidence of her own efforts to complete the unsolvable puzzle.

It is a mathematical certainty that the repetition of these specific tiles will never result in a repeating pattern - while they may lock in together, which is in itself a formidable challenge - the closer one comes to solving the puzzle the closer they more they activate its futility. As Weir says - 'is that not a portrait of the universe?'. Mick Wilson(IRL) splices together a number of disparate voices, asking what it is about their representation which causes them to evoke such irrefutable origins in our minds. In a sound work the various iterations of Hallelujah are cast adrift of their defining properties, while in a publication texts are compiled, speaking of a variety of different ideas - one of which is a proposition for a code of behaviour in interdisciplinary practice. While we sample other fields of knowledge, do we take care to understand the research that the knowledge is constructed from?
Tessa Giblin