Live Art Festival focuses specifically on the interface between visual arts and performing arts. It presents performances, installations and actions which differ from the familiar formats. Some artists explore the boundary between reality and fiction with a series of performances for a small audience. Living Currency is both an exhibition set in a theatre and a 3 hour play in which artworks and performances are presented. Erwin Wurm invites visitors to perform his One Minute Sculptures. 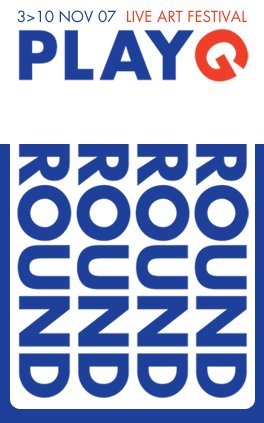 With an ever increasing number of artists exploring the boundaries between various art disciplines, STUK Art Centre launches a new live art festival. With Playground STUK focuses specifically on the interface between visual arts and performing arts. This international live art festival presents performances, installations and actions which differ from the familiar formats. Many of these performances are new productions, or feature the Belgian premiere of productions from abroad. As part of an international context, the annual festival Playground cooperates with a number of international organisations.

Games People Play is the result of a unique cooperation between visual artists Richard Venlet, Dora García, and theatre company Transquinquennal. A performance in which the lead character is not played by an actor, but by a work of art. The same happens in The Expected, in which the film The Victim by artist Keren Cytter engages in a dialogue with a group of musicians who give a live concert performance. Guy de Cointet (1934-1983) created performances presenting his coloured art objects as props. His performance Tell Me, first shown in L.A. in 1979, will be restaged. Jimmy Robert and Ian White refer in a minimal, theatrical manner to elements from the history of culture. Cristina Blanco and Bill Aitchison operate in the field of dance performance, but focus on the object character of events. Several others artists explore the boundary between reality and fiction with a series of performances for a s mall audience.

Playground also presents several installations in which live performances take place. Erwin Wurm invites visitors to perform his One Minute Sculptures following his instructions. In an intimate monologue, Tris Vonna-Michell loads his installations with extraordinary stories. Yael Davids approaches the body from an abstract perspective and creates a human architecture.