This exhibition juxtaposes a large, enigmatic photograph by Cooper with a new sculpture by Bellingham titled "Signals", consisting of three stacks, in three different permutations, of three oranges, lemons and limes which have been cast in bronze, alongside a recent screenprint "Sun Moon Earth", 2006. 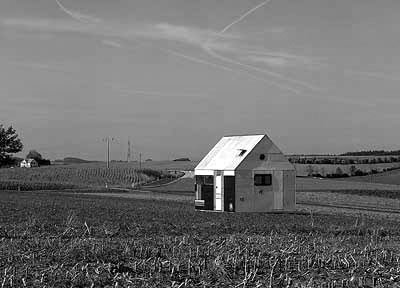 We are delighted to announce the tenth in our series of 26 exhibition 'pairings', byThomas Joshua Cooper & David Bellingham which opens this Saturday.

Thomas Joshua Cooper is one of the most celebrated and distinctive landscape photographers working anywhere in the world today. A nomadic artist, his extraordinary photographs are made in series at significant points around the globe, most often at its extremities. Capturing any one image can involve days, weeks and months of preparation, arduous travel and considerable efforts to achieve.

Locations are found on a map, tracked down and then photographed, each place the subject of a single negative taken with a weighty antique field camera. They are meditative, almost philosophical images, exquisitely printed by the artist in the 19th century manner with layers of silver and gold chloride. Cooper has exhibited widely in Europe and America and has work in many museum collections including the Scottish National Gallery of Modern Art; TATE; Art Institute of Chicago; Boston Museum of Fine Arts, and the Museum of Modern Art,Oslo.

David Bellingham uses text, and found and familiar objects to make concise and poetic works, often humorously inverting our pre-conceptions of these things so that we see them anew. He is particularly concerned with the ways in which we measure, quantify and categorise things. A great friend of Cooper’s, Bellingham has made a text-based work for each of his recent publications documenting a new group of photographs.

This exhibition will juxtapose a large, enigmatic photograph by Cooper: 'West-most - The Mid North Atlantic Ocean, Ponta da Pargo, The Isle of Madeira, Portugal'. The West-most point of the Island (2002) with a new sculpture by Bellingham titled 'Signals', consisting of three stacks, in three different permutations, of three oranges, lemons and limes which have been cast in bronze, alongside a recent screenprint 'Sun Moon Earth', 2006.