Jeppe Hein and his sister are the driving force behind Karriere. A new take on art in public with an emphasis on experience and communication through the direct involvement with the artworks. Art, food and cocktails have been united in a unique, experimental cafe'. New artworks by leading international artists define the design and functions of the place. Maurizio Cattelan, Olafur Eliasson, Jesper Just, Douglas Gordon and many others are involved. 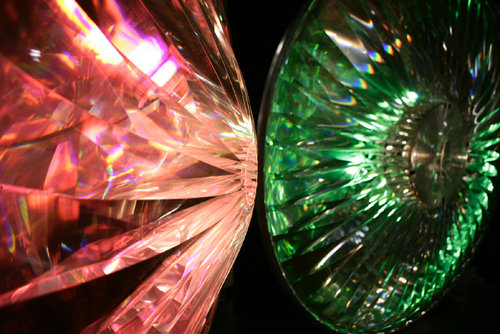 Art, food and cocktails have been united in a unique, experimental café/restaurant/bar named Karriere. New artworks by leading international artists define the design and functions of the place. Guests will be challenged with spectacular light objects (Olafur Eliasson), the bar counter slowly moving from side to side (Jeppe Hein), a sculpture made of two-way mirror alternating with perforated stainless steel on the square in front of Karriere (Dan Graham) etc.

Karriere provides a new take on art in public with an emphasis on experience and communication through the direct involvement with the artworks. The context of the café/restaurant/bar is an informal and socially relaxed setting for the experience of art, as an alternative to museums and kunsthalls.

The place will be open from early in the morning till late at night with a kitchen serving breakfast, lunch and dinner based on mainly ecological products. Transforming into cocktailbar at night the place will feature a program of concerts, djs, artist talks, performances and screenings. An independent newspaper will be launched November 29th discussing tendencies in contemporary art and culture. The newspaper is issued quarterly, free, bilingual (Danish/English) and will be available at Walther Koenig bookstores in Germany and England, as well as in all major artfairs worldwide.

Karriere is opening in a 680 square meter former butcher hall in the still active meatpacking district in Vesterbro, Copenhagen. The area is known for its nightlife and red light district.

Brains behind the idea

Jeppe Hein, the boldly advancing Danish artist, and his sister restaurateur Lærke Hein are the driving force behind Karriere. Jeppe Hein (b. 1973) was educated at the Royal Danish Academy of Fine Arts and Städel Hochschule für Bildende Künste in Frankfurt. He has exhibited at numerous sites in Denmark and abroad, including PS1 MoMA in New York, Centre Pompidou in Paris, Statens Museum for Kunst in Copenhagen and Biennalen in Venice.

Lærke Hein (b. 1982) has a broad range of experience as a bar- restaurant- nightclub manager. For most of the past two years she has managed one of Copenhagen's leading and most exclusive nightclubs.