The work of the Romanian artist Lia focuses on the activities of collecting, archiving, structuring, distributing and mediating a variety of knowledge about society, politics and art. Dan's drawings are ephemeral and temporary: they are either drawn for newspapers, or they are painted on the walls of exhibition premises, only to be whitewashed over once the show closes. 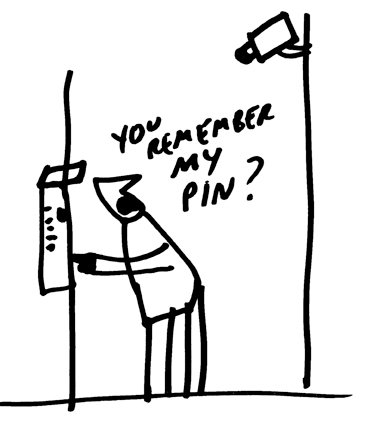 The work of the Romanian artist LIA PERJOVSCHI focuses on the activities of collecting, archiving, structuring, distributing and mediating a variety of knowledge about society, politics and art. Her life under the Ceausescu dictatorship has greatly influenced her work and forms the basis of her special mode of artistic expression, which always includes some political relevance.

LIA PERJOVSCHI started to make this particular approach her speciality in the aftermath of the Romanian Revolution in 1989, in order to communicate information about various things which had been forbidden during the dictatorship, and to show how they were interconnected.

In 1987 she founded the "Contemporary Art Archive", CAA. "The CAA is a space for contemporary art, an information centre, a place for alternative art education, an interdisciplinary meeting point, an organic, flexible, ongoing process, a context in motion, a museum made of files." In their mutual studio called "The Open Studio", LIA and her partner DAN PERJOVSCHI present a freely accessible archive that constitutes a collection of international contemporary art and related theory.

DAN PERJOVSCHI is an excellent draughtsman, as well as a pithy and witty commentator on major and minor social and political events, and on the contemporary art system. His drawings are ephemeral and temporary: they are either drawn for newspapers, which means that they are seen just for one day, or else they are painted on the walls of exhibition premises, only to be whitewashed over once the show closes. The key to understanding the complexity of PERJOVSCHI’S work lies in his political engagement. Ever since the fall of the Communist regime, DAN PERJOVSCHI has worked as a political illustrator and art director for "Contrapunct" and the oppositional magazine "22".

In contrasting the work of LIA and DAN PERJOVSCHI, an intense atmosphere is produced which clearly displays the significance of both positions: on the one hand, the archival, historical, yet equally static and dynamic work of documentation, viewed as a quest for the artists' Eastern European, and more specifically Romanian, identity and as a way of underlining that identity - all of which is accomplished by the CAA; on the other hand, the transient, temporary, short-lived nature of everyday life, its fleetingness, banality and mundanity emphasising a fundamental meaninglessness of the individual in our society.

The Christine König Galerie showed works by LIA PERJOVSCHI in 1994, and in the same year LIA staged the exhibition "Fünf Fenster" for the Kunsthalle at Karlsplatz. The artists have had numerous exhibitions, including shows at Tate Modern London, Centre Pompidou Paris, MoMa New York, Walker Art Center Minneapolis, Moderna Galerija Ljubljana, as well as Moscow Biennale.

We are very pleased to show a combined and comprehensive exhibition of DAN and LIA PERJOVSCHI’s work for the very first time. LIA is presenting "Maps of Impressions", the extension and completion of a project that was originally initiated in 1999. In his application of drawing and painting techniques, DAN goes beyond the usual scope of the gallery and out onto the street, creating his own personal atlas by means of a slide-show of his drawings and a "Vienna Diary".