In Focus: The Nude

The work of 29 innovative photographers 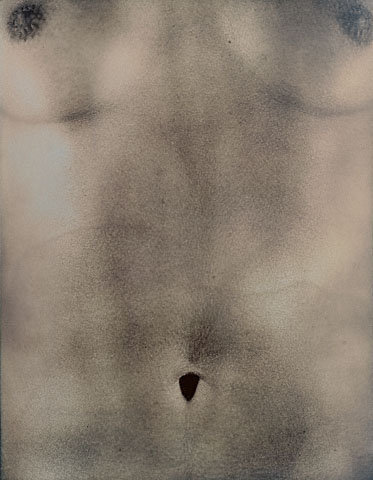 The J. Paul Getty Museum announces a new Center for Photographs program devoted to surveying the collection through a series of exhibitions inspired by great themes in the history of art. In Focus: The Nude, at the J. Paul Getty Museum, the Getty Center, October 9, 2007 - February 24, 2008, offers an overview of the history of the photographic nude through a selection of prints from the dawn of the medium to the 20th century. The exhibition brings together the work of 29 innovative photographers, all of whom have left their distinctive mark on the history of the genre.

“The Getty Museum has a rich collection that allows us to provide an extraordinary overview of the history of photography through this thematic lens. The photographs in this exhibition were selected from hundreds of fine examples currently housed in our vault and nearly half of those included have never been on view in our galleries,” says Paul Martineau, curator of the exhibition.

The unclothed human figure became a subject of photography shortly after the announcement of the invention of the medium in 1839. As the nude in Western art was almost always idealized, some found photographic realism undesirable and stylistic attempts were made to transform it through a series of conventions that suggested the “purity” of ancient Greece. Less mediated treatments of the body became possible when they were intended for use for artistic, scientific or medical knowledge. During the mid-19th century large numbers of photographic figure studies were created as tools for artists. Accomplished artists and students often sketched the figure from photographs when live models were not available or proved too costly to hire regularly.

During the first decades of the 20th century, the gradual relaxation of Victorian-age social constraints led to increased experimentation in the genre. Photographers such as Alfred Stieglitz and Edward Weston abandoned 19th century idealism and sought to explore the human body as pure form. Other photographers, such as Man Ray and Brassaï, used the body as a site for surrealist expression by experimenting with figural representation and distortion. These influences informed much of the work created in the second half of the 20th century as photographers began to explore the body in more personal ways than ever before. Today in the light of a history rich in achievements, contemporary artists are challenged to revisit and refresh this traditional theme in art.

In Focus: The Nude is organized by Paul Martineau, Assistant Curator in the Department of Photographs.

In Focus: The Nude is the inaugural exhibition of a new Center for Photographs program that will highlight the breadth and depth of the photographs collection at the J. Paul Getty Museum. The In Focus series will provide the opportunity for the Museum to augment its rotating exhibition schedule to ensure that photographs from the permanent collection, many which have not been seen before, will be on display at all times. As part of the Center for Photographs newly expanded gallery space, the exhibition series reflects the importance of photography to the J. Paul Getty Museum’s mission and reaffirms the Museum, and Los Angeles, as a major center for photography. FutureIn Focus exhibitions will highlight 10 years of acquisitions, landscape, portraiture, and architecture.

Visiting the Getty Center: The Getty Center is open Tuesday through Thursday and Sunday from 10 a.m. to 6 p.m., and Friday and Saturday from 10 a.m. to 9 p.m. It is closed Monday and major holidays. Admission to the Getty Center is always free. Parking is $8. No reservation is required for parking or general admission. Reservations are required for event seating and groups of 15 or more. Please call 310-440-7300 (English or Spanish) for reservations and information. The TTY line for callers who are deaf or hearing impaired is 310-440-7305.