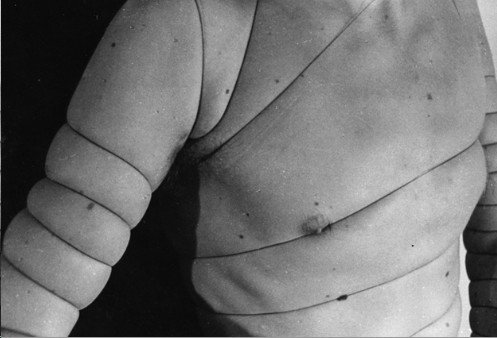 AA Bronson's new exhibition returns to his collaborative roots. Two collaborations, both with Terence Koh, consist of a double toilet cubicle joined by a glory hole: one is a miniature, a three-dimensional model; the other is an architectural installation that invites the performative.

For the last fifteen years, AA Bronson's work has addressed themes of trauma and mourning, sex and death, spirit and transformation. "Anna and Mark, February 3, 2001" is a bill-board-sized photographic portrait of the artists' spouse, Mark Jan Krayenhoff van de Leur, with his daughter Anna, taken 10 days after her premature birth. Like the "School for Young Shamans" it points the way to renewal and new life in the face of loss.