I will never lie to my mother again 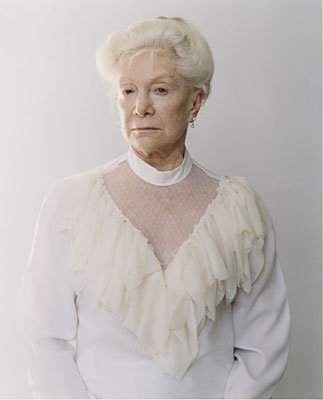 MOGADISHNI AAR is pleased to present “I will never lie to my mother again”, a group exhibition curated by New York based artist Andrew Sendor. An exciting exhibition for both MOGADISHNI and Denmark, as all but one of these artists work has yet to be seen in this country. Included in the exhibition are drawing, painting, photography and sculpture.

On view is a conglomerate of challenging, thought provoking artworks that share commonalities in content and large contrasts in the methodologies employed. Within the gaps of this vast range of mediums and styles lies meaning regarding how an artistic vision is born and realized. While there are moments of realism, the exhibition is predominantly seen through a ‘fictive lens’-- often more accurate than that of a ‘scientific lens’. There is an inner turmoil and unrest that is present in the works, addressing some difficult truths inherent within present-day societal dynamics. Brought into light are ideas surrounding human mortality and the ways in which we go about avoiding or confronting this age old topic, censorship versus raw expression within the creative process and the exposure of a personal, deep-rooted, emotional and psychological discord.

In the paintings of Thordis Adalsteinsdottir (b. 1975, Iceland) there is an undeniable sensitivity for human emotions and the tension of human communication or lack thereof. Distorted figures inhabit an unknown space defined by the reductive monochrome shapes that characterize Adalsteinsdottir’s idiosyncratic world of painting. While the stories that fuel her process of generating imagery are often personal, the resulting painting will always transcend the personal—floating in a universal realm of graphic language.

Daniel Davidson’s (b. 1965, U.S.) figurative paintings reveal a highly subjective fusion of hybrid characters, spaces, and styles. The figures that people his works are often self-portrait caricatures of an infinite variety of possible selves. His goal “is the creation of a meaningful reflection of the emotional states inherent in everyday experience. Often employing the comic or the grotesque, these paintings are multiple and fractured personalities looking for a cobbled identity.”

John Kleckner (b. 1978, U.S.) creates proto-emotional pictorial phenomena that employ metaphors of biology and evolutionary ecology. His works depict human beings in stages of transformation-to occupants of lush natural realms, to unexplained physical states, and to obscure crevices of metaphysics. They evoke a revelatory exposure of the artist and the inner self at large.

Small-scale, expressionistic paintings by Dietrich Schifeling (b.1977, U.S.) portray uncomfortably intimate interiors replete with non-linear narrative content. At once fantastical and commonplace, depicted are highly sexually charged scenes from the ‘everyday’ populated with both humans and animals. More often than not, it is the bedroom where the activity takes place in Schifeling’s paintings, which raises questions about our approval or repression of sexual motives and desires in general.

Born in Germany but educated and living in Denmark, Andreas Schulenburg (B. 1975, Germany) has a sharp eye for the naturalized Danish national feeling and the clichés not always visible to the Danes’ own eyes. Schulenburg’s usual humorous and society critical angle is expressed in his felt piece “Harmonie”, a reflection on ‘danishness’ as expressed by the milk carton. The brand usually shows a cow in a sunny Danish landscape. In Schulenburg’s version, however, a sort of Danish nearsightedness is indicated through a “Siamese twin cow” joined by the necks, leaving a mutated double cow with no heads, only bodies. The cow is flanked by a polar bear and a pyramid, leaving the viewer thinking about Denmark in relation to the stereotype images of other parts of the world.

Pinar Yolacan’s (b. 1981, Turkey) photographs are from her ‘Perishables’ series executed from 2001-2004. This particular series of photographs depicts ageing Upper East Side WASP-style women, which seduces and disgusts in equal measure. The posed figures are draped in clothing that was created by the artist from materials as unpredictable as: cow stomach, chicken skin, tripe and lamb testicles. Any semblance of appeal dissolves when, on closer inspection, the subtly sophisticated cream and tan garments reveal their deeply repellent origins. These amorphous offerings hang lifeless, indistinguishable from the flesh they shroud: Yolacan hints at the fast-encroaching mortality of her subjects by reincarnating the already demised.