Be marginal be a hero

Group exhibition. Helio Oiticica has become a symbol of artistic expression, political activism, and influential cornerstone for generations of Latin American and Spanish artists. This is a group show inspired by his famous words: 'Seja marginal, seja heroi!'. Curated by Johanna Unzueta. 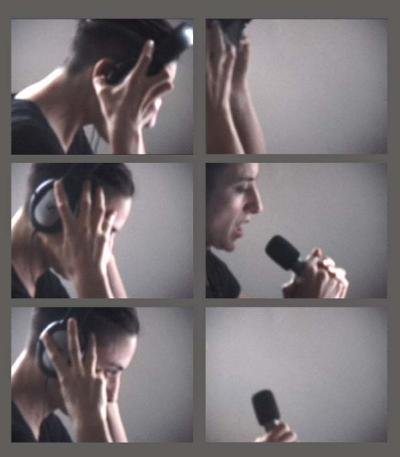 In 1968 the Brazilian artist, Hélio Oiticica (1937 – 1980) created a red flag with the words “Seja marginal, seja herói” (be marginal, be a hero) showing an outlaw of the favelas of Rio de Janiero, Cara de Cavalo, lying dead on the ground. The image embodied the resistance to political oppression and dictatorship in Brazil in the late 60’s. Oiticica’s artistic discourse, which at first began as a neo-constructivist painter and later included environmental installations, creating an interaction and participation of the viewer, has become a symbol of artistic expression, political activism, and influential cornerstone for generations of Latin American and Spanish artists.

“We have years of friendship and common backgrounds: Chile is located on the periphery in regards to the world and to Latin America. Itziar (Okariz) has been raised also in a small circuit in the Basque Country, which is very independent from the rest of Spain, in a way marginal from the mainstream Spanish and European centers. I think Oiticica’s title relates very well to our situation in New York, working in the Lower East Side, being artists, foreigners…” (Johanna Unzueta)

Cristóbal Lehyt’s oil paintings depict a variety of imagery from Castro to Violetta Parra (one of Chile’s most important musical figures) to abstract landscapes. Lehyt (Born in Santiago de Chile 1973) has forthcoming solo exhibitions at Kunstlerhaus Stuttgart and The Carpenter Center Harvard. Notable past exhibitions include Kunsthaus Dresden (2006), Artists Space (2006), Shanghai Biennale (2004), The American Effect, Whitney Museum of American Art (2003). He is the recipient of the Art Forum Fellowship, DRCLAS, Harvard University, 2008-2009.

Felipe Mujica (born in Santiago de Chile 1974) will present an abstract-geometric wall painting as a site-specific installation to act as a collaborative moment between all of the exhibited works.
In 1997, Mujica along with artists Jose Luis Villablanca and Diego Fernández founded Galeria Chilena in Santiago de Chile, an artist-run cooperative that staged exhibitions, concerts, and discussions until 2005. His work has recently been shown at Perros Negros, Mexico City (2007); Galeria Metropolitana, Santiago de Chile (2006); Artists Space, New York (2006). He will have a one-person show at Message Salon, Zurich in summer of 2008.

Irrintzi Repetittion nº 91, 92, 93, 94, 95, 96 is a video by Itziar Okariz that depicts the act of listening to and performing a series of Irrintzis. The Irrintzi is a traditional Basque scream, often performed to express joy on special occasions such as festivals. It is believed to have originated as a way of communicating across large distances in the valleys of the Basque Country.
Itziar Okariz (born in Donostia, Spain 1965) has shown her videos, photographs, and performances at Curating the Campus, deSingel, Antwerp (2007), Guggenheim Museum Bilbao (2007), Museo de Arte Contemporáneo de Castilla y León, Léon (2007), and Sala Rekalde, Bilbao (2006), and c/o - Atle Gerhardsen, Berlin (2006).

Johanna Unzueta seeks to valorize the actual process through which she transforms felt—a semi-organic, sensuous, and ‘warm’ material—into a series of sculptural objects that may be read against a tradition of Marxist aesthetics. Piece of Charcoal are sculptural reproductions of tools and pipes that form part of the cultural history of the industrialization and automation of labor that signals a shift from a productive society to a consumer one.
Unzueta (born in Santiago de Chile 1973) has exhibited her work at the Or Gallery, Vancouver (2008); A Gentil Carioca, Rio de Janeiro (2007); Thrust Projects, New York (2007), Museo de Arte Contemporaneo, Santiago de Chile (2007). She will have a solo exhibition show at Visual Drug, Zurich in late summer 2008.

For further information, please contact 212 431 4802 or jane@thrustprojects.com. Thrust Projects is located at 114 Bowery between Grand and Hester Streets, on the 3rd floor. Gallery hrs: Wed - Sun from noon to 6 pm. Directions: BD train to Grand/ F train to East Broadway/ 456 & NR to Canal/ JMZ to Bowery.