Custody, Research, and Restitution of Art Stolen in France during World War II 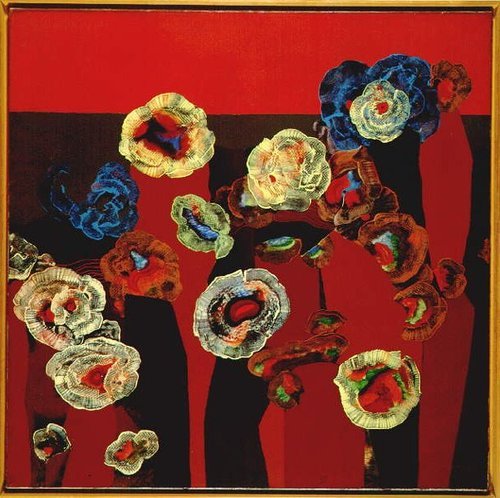 The Israel Museum, Jerusalem, presents Looking for Owners: Custody, Research, and Restitution of Art Stolen in France during World War II, an exhibition tracing the story of works of art looted by Nazi forces in France during the Second World War. Organized by the French Ministry of Foreign Affairs and Ministry of Culture and Communication, in collaboration with the Israel Museum, this landmark exhibition draws from the collection of works of art in France known as Musées Nationaux Récupération (MNR).

On view from February 19 through June 3, 2008, Looking for Owners brings together more than fifty paintings to explore the complex history behind the MNR holdings, with specific focus on the progress over the last ten years in tracing rightful ownership. The exhibition features the work of major European artists, including Eugène Delacroix, Jean-Auguste-
Dominique Ingres, Claude Monet, and Georges Seurat.

Approximately 60,000 objects that were taken from France and brought to Germany during World War II, either through looting or commercial transactions, were repatriated to France after the war. Of these, 2,000 objects that could not be restituted due to a lack of clear ownership history or because they had not been looted, were given in custody to the French National Museums. Today they are stored or exhibited in museums throughout France, including the Louvre, Musée d'Orsay, and Centre Georges-Pompidou, and the French government continues active provenance research and restitution efforts. To help illuminate
this ongoing process, the Mattéoli Commission, formed in 1997 by then-Prime Minister Alain Juppé to study the matter of Jewish property restitution in France, recommended an exhibition of MNR works at the Israel Museum at the appropriate time.

“There has been much misunderstanding about the history of works taken during World War II and the efforts relating to their recovery following the war,” said James S. Snyder, Anne and Jerome Fisher Director of the Israel Museum. “This is an unprecedented opportunity to present the history of MNR for our audience in Israel, together with the ongoing research that has been done to help advance the process of restitution in France.”

Looking for Owners features fifty-three works from the MNR collection presented in several categories, including: works looted from unknown owners, works stolen from Jewish families that were returned following the war and subsequently re-gifted to or purchased by the State; unprovenanced works; works involved in transactions with the Nazis; and works bought in the French art market by German museums and private individuals during the war.

The Looting of Art during World War II

Before the beginning of World War II, Adolf Hitler declared his wish to transform his hometown of Linz, Austria, into the Third Reich’s art capital, where all of the treasures of Europe would be exhibited. As a means to this end, Hitler recruited leading art experts to compile a secret “wish list” of works of art by so-called Aryan masters or works that had left German collections after the year 1500, to be “repatriated” to Germany. Plundering of public and private property, and especially of Jewish property, began in 1938 and reached a climax with the Final Solution. Major art collections were confiscated systematically throughout Europe, accompanied by other forms of looting, which included theft of works by Nazi soldiers and officers to give as gifts or for their own private collections, as well as forced sales of inventories from prominent art dealers.

At the end of the war a staggering volume of artworks, books, archival materials, and other cultural artifacts was discovered in hiding places throughout Germany and Austria – in depots, salt mines, castles, museum storerooms, and even private homes – and the arduous task of locating rightful owners and returning treasures to their owners or legitimate heirs began. Looking for Owners reflects aspects of this ongoing effort.

An online list of the MNR collection was posted in November 1996 by the Museums Department of the French Ministry of Culture and Communication (http://www.culture.gouv.fr). In 2004, the Réunion des Musées Nationaux published a catalogue of MNR paintings. In conjunction with Looking for Owners, an illustrated catalogue will be published in French
and English.