Featuring the works of 37 artists both from Germany and other countries, the show explores the limits of painting, i.e. the boundaries between painting and other art forms. A point of reference for the exhibition is provided by the term 'Specific Objects', coined by Donald Judd for a new art form that is neither painting nor sculpture in the classic sense. 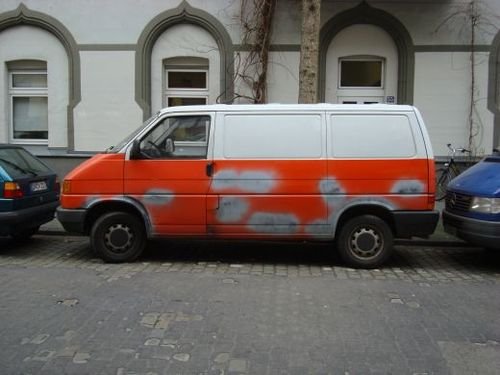 Johann König, Berlin is delighted to present the group exhibition Zuordnungsprobleme (“Problems of Assignment”) in temporarily expanded quarters. Featuring the works of 37 artists both from Germany and other countries, Zuordnungsprobleme explores the limits of painting, i.e. the boundaries between painting and other art forms. A point of reference for the exhibition is provided by the term “Specific Objects”, coined by Donald Judd in 1965 for a new art form that is neither painting nor sculpture in the classic sense.

The German artist Charlotte Posenenske (*1930 - 1985) was one of the first to expand the conventional concept of painting to include more sculptural elements. The Sculptural pictures and Reliefs she produced from the mid-1960s form a bridge from the two-dimensional surface into three-dimensional space. Eschewing painterly illusionism for unambiguous geometrical shapes, she used industrial production methods to create series of works in unlimited, unsigned editions. In a marked contrast to Posenenske’s position, the work of Yayoi Kusama (*1929, Japan) is characterized by an almost obsessive self-absorption. In comparison with the illusionistic environments she designs in theatrical performances, Kusama’s paintings seem subdued, their confinement to a two-dimensional surface almost claustrophobic.

Another approach can be seen in the work of Poul Gernes (*1925, Denmark), a lithographer and self-taught artist whose early work adhered strictly to the principles of hierarchical composition. In the 1950s, he became increasingly interested in non-figurative shapes and using bright colours to create decorative patterns. From the 1960s on, he expanded his range to include sculptures reminiscent of Minimalist Art and conceptual installations, in which, however, series of paintings somewhere between Minimal and Pop Art remained central elements. Mary Heilmann’s (*1940, US) ceramic pictures, furniture pieces and paintings composed according to the principles of graphic design also push the conventional boundaries of abstract painting.

The relationship to sculpture is immediately apparent, as is a pronounced interest in contemporary lifestyle and design culture. John Armleder’s (*1948, Switzerland) installations of ready-made objects – often items of furniture or parts thereof – are frequently composed as expansive tableaux, though their affinity to painting is unmistakable in the use of colour. The work of Meuser (*1947, Germany), who studied with Joseph Beuys also eludes any attempt to classify it according to medium. Despite their often heavy metal frames, there is something light and playful about his mostly wall-hung installations thanks to their bright colours and absurd/ironic titles.

Morgan Fisher’s (*1942, US) mostly monochrome paintings pursue a wholly abstract idea of representation. This master of structuralist film has been working in the medium of painting since the late 1990s, in a continuation of his approach using other means. The paintings of Heimo Zobernig (*1958, Austria) are characterized by their formal reduction to the minimum of elements necessary for their function as an artwork; Zobernig also applies this stringent criterion to his work in video, sculpture, installations and graphic design. Characterized by thick layers of paint and prosaic titles, Jim Shaw’s (*1952, US) partly figurative, partly abstract material pictures break through the painted surface to create reliefs and even completely sculptural figures.

Taking these established positions as a point of departure, the exhibition Zuordnungsprobleme presents younger artists, not all of whom started out as painters, but whose works all refer to the medium of painting. Although all featured artists take the two-dimensional surface as their point of departure, two-dimensionality is not the focus of their work; instead they use complex processes to create works that venture from the traditional territory of painting and incorporate other media such as graphic arts, sculpture, installations, performance and film in sometimes quite radical ways. In doing so, they redefine the medium; the reference to painting is always present, even if in some cases it consists solely of the choice of canvas as a “painting base”.