Visionary architecture and urban design of the sixties reflected by contemporary artists. The exhibition prominently features works by visual artists whose specific installations reflect the idea of megastructures as well as the structures of today's megacities. The exhibition is not a documentary representation however; instead the megastructuralists are to be tested for their currency and relevance to the problems of contemporary urban design. Curated by Sabrina van der Ley and Markus Richter. 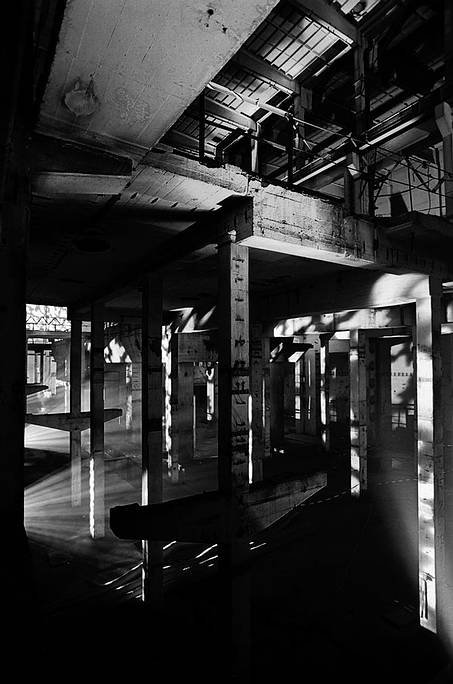 In autumn 1964 the fifth edition of Archigram magazine, dedicated to the subject Metropolis, was released in London. Along with Archigram’s designs for Plug-in City, it showcased, among others, Constant Nieuwenhuys’ urban vision New Babylon and Yona Friedman’s La Ville Spatiale. These works now rank among the incunabula of the 1960s. Combining visionary architecture, pop culture, art and situationist rebellion, they became known far beyond the confines of urban planning. The designs still hold their fascination today, not least due to their unique aesthetic quality. Hence it is not surprising that individual plans or models were shown at Documenta and large museum exhibitions over the years.

Until now, however, there has been no exhibition dealing explicitly with the megastructuralists’ vision. MEGASTRUCTURE RELOADED seeks for the first time to show La Ville Spatiale, Plug-in City and New Babylon in context. Alongside Archigram, those represented will include Constant, Friedman and his comrades from the Groupe d’Études d’Architecture Mobile, such as Eckhard Schulze-Fielitz, as well as the radical Florentine groups Superstudio and Archizoom, whose designs at the end of the 1960s constituted an ironic response to the megastructuralists.

The exhibition will not be a documentary representation however; instead the megastructuralists are to be tested for their currency and relevance to the problems of contemporary urban design. The focus will be on the connection, so significant for these designs, between spatial structures and visual art, as well as on actual architectural and urban-design issues, while examining whether megastructures offer a feasible conceptual approach for the problems of fast-growing mega cities.

Thus, integral parts of the project will be a symposium with international scholars and a workshop with young architects, architectural students and researchers.

Moreover, the exhibition will prominently feature works and installations by visual artists Jose Davila (MX), Simon Dybbroe Moller (DK), Ryan Gander (GB), Franka Hoernschemeyer (DE), Gordon Matta-Clark (US); Victor Nieuwenhuys & Maartje Seyferth (NL), Tobias Putrih (SI/US), Tomas Saraceno (AR/DE), Katrin Sigurdardottir (IS/US) and Tilman Wendland (DE). Their subject specific installations will be developed directly for the exhibition and reflect the idea of megastructures as well as the structures of today’s megacities. Only Gordon Matta-Clark’s seminal work Conical Intersect from1975, an intervention at an old building facing the construction site of a rare example of an actually realised megastructure, the Centre Pompidou in Paris, is an already existing work, which will be integrated in the exhibition.

MEGASTRUCTURE RELOADED continues the long-term research and exhibition project Utopia Revisited, which includes workshops, symposia, publications and exhibitions throughout Europe. The project started 2006 with the exhibition Ideal City - Invisible Cities encompassing works by 40 international artists in public places and several institutions in Zamosc, Poland and Potsdam, Germany. The project will be continued with the exhibitions Finis Terrae: The End of the World (curators: Sabrina van der Ley & Markus Richter) in 2009, Things to Come, focusing on visual arts and science fiction (curator: Doreet Harten) in 2010. Utopia Revisited will conclude with the exhibition Arcadia in 2011.

MEGASTRUCTURE RELOADED is funded by the Capital Culture Fond, Berlin