The international exhibition, introduces six artists from Europe, North America, Africa, and Asia whose works -spanning from sculpture and installation, to performance, collage, drawing, photography and video- are breathing new life into the contemporary art world. As the show's title suggests, these artists are in the process of transforming how the mediums in which they work are typically understood, letting material processes influence the outcomes of their artistic experiments. 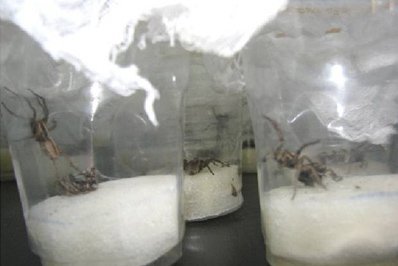 Stray Alchemists, UCCA’s first international exhibition, introduces six artists from Europe, North America, Africa, and Asia whose works—spanning from sculpture and installation, to performance, collage, drawing, photography and video—are breathing new life into the contemporary art world. As the show’s title suggests, these artists are in the process of transforming how the mediums in which they work are typically understood, letting material processes influence the outcomes of their artistic experiments. The exhibition marks the first comprehensive overview of each artist’s practice in China.

Dedicated, obsessive and instinctive in their production, the artists in Stray Alchemists utilize both manufactured and handmade materials to play with the scale, narrative and given formal languages of art, film and architecture. Feeding off of popular culture and strange but true stories, while both transcending at the same time they are accepting everyday life, these artists meld mediums in response to the world around them and the imaginary potentials it evokes.

Stray Alchemists will include several new works produced specifically for the exhibition, as well as one-off performances and musical events by the participating artists. While only in their 30’s, all six artists have an ever-growing presence in major venues and exhibitions around the world, including the upcoming Whitney Biennale, the Museum of Contemporary Art L.A, and the White Cube and Hayward Gallery in London.

Each of the artists will present new work that will be previewed as part of this exhibition alongside pieces from the last five years, enabling audiences to gain a comprehensive overview of their practice.

To transform UCCA’s 23-meter long nave, Matt Bryans has pieced together thousands of newspaper clippings that have been erased for a large-scale collage.

Lim Tzay Chuen has created two works that respond in unusual ways to the location and social mission of UCCA. Lim has established space within the building that will enable the gallery to play host to 10 spiders and has also initiated a sticker project that the gallery will maintain for years to come.

In response to his interest in the connections between his hometown and Beijing, Robin Rhode will screen a new video he recently produced in Johannesburg.

During the run of the exhibition, Amy Granat will create an event that introduces audiences to her interests in underground cinema and music.

Takeshi Murata, along with his collaborator Robert Beatty, will create a live event mixing videos and sounds that have shaped their creative processes.

An illustrated catalogue accompanies the show, featuring texts and images selected by the artists that give insight into their influences and interests, as well as an essay by the exhibition curator.

Hang Out with the Artists
Meet, talk and hang out with the artists of Stray Alchemists—Matt Bryans, Lim Tzay-Chuen, Robin Rhode and Sterling Ruby. Hear what they have to say about their work and get an exclusive exhibition lowdown.

Meet the Curator
Kate Fowle, curator for Stray Alchemists, will lead unique behind-the-scenes tours, offering an insider’s guide to the exhibition, the artists and their work. At regular intervals throughout the day (in English with Chinese interpretation).

Artist’s Playlist
A selection of music that inspires Stray Alchemist Sterling Ruby will play in the UCCA Café throughout the day. Bring your friends as UCCA transforms into an epicenter of rhythms and beats.

Launch Party and Drinks
Top the day off with an evening featuring UCCA’s new range of Stray Alchemist-inspired elixirs.
Stray Alchemists Sessions
A spring season of experimental music and film nights instigated by artists, featuring live performances, film screenings and more. Peer into the minds of the artists and witness the alchemy behind the show.

12th April: Sterling Ruby will discuss his work in the UCCA galleries and visitors to the café can hear a selection the the music that inspires his work.

12th April: Sam Basu and Matt Bryans will transform the UCCA Café into a sync-aesthetic hub of images and sound. Expect a double helping of experimental treats.

15th April: Robin Rhode will project his performance works, accompanied by the seductive strumming of the guzheng.

May: Experimental film guru Amy Granat will present the first ever screening of Cinema Zero in mainland China, an omnivorous program of experimental films and performances. Expect to be blown away.

The first retrospective of this Chinese-born, Paris-based artist originated at the Walker Art Center, and was shown at Mass MoCa and the Vancouver Art Gallery before traveling to its final venue at UCCA in Beijing.
House of Oracles showcases the most representative works by Huang Yong Ping from 1985 to the present. Navigating the divide between East and West, tradition and the avant-garde, the exhibition’s presentation at UCCA--the only Asian stop on its tour--marks the first ever large-scale exhibition in China of this major figure in Chinese contemporary art.
House of Oracles was conceived as a “comprehensive work of art,” a singular, immersive sculptural environment. The exhibition was designed by Huang as a metaphorical--and sometimes literal--journey through the “belly of the beast.”


Ullens Center for Contemporary Art (UCCA) is a non profit, comprehensive art center founded in Beijing by collectors Guy and Myriam Ullens in November 2007. UCCA presents exhibitions of established and emerging artists and develops a trusted platform to share knowledge through education and research.