Photomuseum in the Munich City Museum

Dimitri Soulas: at the moment. Photographs 1967 - 1974. On show are a selection of 130 images from the collection, Soulas' credo was to capture people in spontaneous poses, in moving and important moments. "Streetlife - Photographs from our collections 1930-1975": the selection documents a 40 year development of reportage photography, for example shot by Roman Vishniac of the Schtetln of Polish Jews, or the pictures of the Warschau Ghetto, taken by the German Soldier Joe Heydecker. 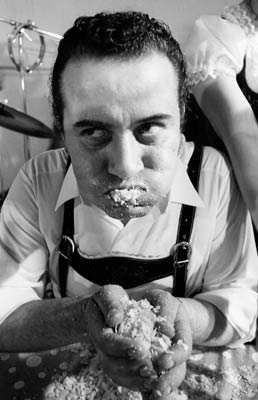 During the military dictatorship in Greece, Dimitri Soulas, born in Thessaloniki, worked in Munich as a reporter for various local newspapers and magazines . Between 1967 and 1974 he photographed prominent persons and special events in Munich. At the same time he shot many photos on the streets , catching people in pictures at political demonstrations or pop concerts, but also depicting daily scenes in the life of the South-European migrant workers. Many of Soulas' photos convey the human nature of his protagonists while shopping or eating, among other activities. Soulas' credo was to capture people in spontaneous poses, in moving and important moments.

On show are a selection of 130 photographs from the collection, donated to the museum by Soulas in 2005. The exhibition is in cooperation with the Photo Museum in Thessaloniki, the previous venue. The exhibition catalogue covering 228 pages with 140 photographs includes articles by Ulrich Pohlmann, Wolfgang Till, Kerstin Stremmel, Matthias Harder, Dimitri Nollas, Hercules Papaiannou among others.

Streetlife
Photographs from our collections 1930-1975

In addition to the Soulas exhibition 50 original photographs from our collections, titled "Streetlife" are on show. The selection documents a forty-year development of reportage photography.

During the Weimar Republic the first photo shots in public areas -on the streets- documenting focal pointsand events were done by Alfred Eisenstaedt or Tim Gidal. Outstanding photographers working for the illustrated magazines "Life" and "Stern", such as Jerry Cooke, Robert Lebeck, Stefan Moses and Thomas Hoepker continued in this tradition.

Again and again public streets became a stage for crucial contemporary historical happenings: so for example in the photo series, shot by Roman Vishniac of the Schtetln of Polish Jews, before their expulsion and extinction in W.W.II. or the pictures of the Warschau Ghetto, taken by the German Soldier Joe Heydecker.

Photography used as historical testimony of social change is evident in the cycle "People of the 20th century" by August Sander as well as in the post war documentation of Cologne by Hubs Flöter. Occasionally the street mutates to the site of a crime or the scene of political demonstration as in the photos of Herbert List, Alexander Rodtschenko and Angela Neuke.

The metaphysical and sometimes ghostly void of city streets, where the hasty movement of passers-by seem shadowy or unreal marks the work of the "subjective photography" close to Otto Steinert, Toni Schneiders, Helmut Lederer, Robert Häusser or Peter Keetmann.