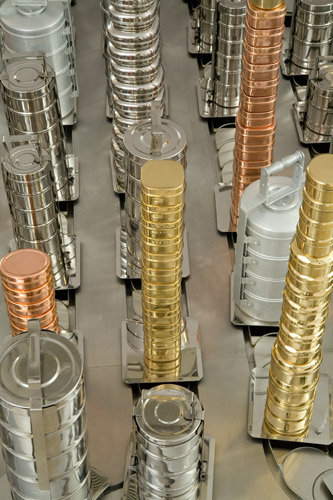 Three years after its successful entry into the challenging field of presenting outstanding contemporary art from India, with galleries in Mumbai, New Delhi, New York and Singapore, Bodhi is opening its newest space in Europe to be known as BodhiBerlin. The new space, situated directly behind the Hamburger Bahnhof and in close proximity to the new Hauptbahnhof for Berlin, provides a stimulating environment in which to view and contemplates significant artistic explorations of contemporary Indian artists (CIAs). The gallery will feature work in both monograph shows and group exhibitions from a vast range of practitioners based mainly in India, yet will also present curated exhibitions based both on individuated experiences and experiments which develop themes drawn from a wide pool of practitioners from the global sphere. The inaugural exhibition will feature key works by Subodh Gupta, Nataraj Sharma, Riyas Komu, Zarina Hashmi, Atul Dodiya,Valsan Koorma Kolleri and Jitish Kallat. The second exhibition will be a monograph exhibition by the young media based artist, Shilpa Gupta. This exhibition will be a split- site exhibition in collaboration with Volker Diehl Gallery, Berlin.

BodhiBerlin is proud to announce its inaugural exhibition Frontlines: Notations from the contemporary Indian Urban.

The selected works in this exhibition examine the current state of accelerated urbanization that is affecting the cities of India. This state of being within the rapidly rising, densely packed structures of its main cities has provided a great amount of creative impetus and volatile content to a number of visual artists, film-makers
and writers.

The exhibition consists of a series of works that draw upon the distinct aesthetics of industrial design and tempered materials that the artists employ in a creative play that helps to describe the frenzied and sometimes schizophrenic spaces that they have learned to call home in the metropolis of Mumbai, Baroda, Bangalore or Greater Delhi.

The prevalent use of metal in the artworks, specifically in the sculptural works that employ corrugated iron, sushi belts, tiffins as well as rolls of wire, allows the audience to further examine the very material with which we have constructed our urbanity and further emphases the robust state of our environment.

The curated works have been greatly influenced by what has become the burgeoning phenomenon in Asia of the mass exodus of its rural population to its urban centers. In the wake of this condition many Indian cities resemble other similarly built-up arenas including Beijing and Bangkok. These spaces are dense, man-made environments within which the grid and the gridlock coexist. As such they have become the new frontlines for re-settlements that can lead to alienation, hunger, poverty and dreams.

India, the amazing powerhouse of our future, with its rapidly spiraling economic might, has advanced its potent cultural heritage into innovative, historically redolent aesthetic developments that combine its binary histories of colonial and modernity. Gupta’s Faith Matters is a mobile city sculpture which has local references appreciative of the mind-boggling enterprise of the tiffin deliverers and the blossoming skyscrapers which have come to dominate its urban centers. Whilst Sharma's series, Above Detroit, examines the mode of flight, a series of large scale paintings dedicated to notions of velocity, change and topography that have become a matter of daily recognition for the frequent flyer. Komu's oeuvre, remains a complicated iconoclasm, drawn from Muslim iconography sundered with youth culture emblems. The Cult of the Dead, carved into dark wood with metal inserts, defies categorization but allows for rumination from craft to the sacred. Dodiya's roller Shutter paintings that he began working on since 2000, draws together the schism [that he found] between objects and paintings could be overcome. The shutters originally designed to make secure businesses and households, now bravely become emblematic spaces where history and icons are combined on the outer skein that make these work both pedestrian and unique in the history of painting.

Kallat's, Petromorphine, a succinct work arranges the deranged life of traffic into an orange globe that addresses the maddening world of the dense crossroads of our daily realities, whilst the work of Valsan Koorma Kolleri and Zarina Hashmi, remain as counterpoints to the busy spaces created by the other artists. Their silence, constructed from the grid, allows for a more intimate look at notions of space and memory. Everything is suspended including time. Loss becomes precariously permanent. Hashmi's, Weaving Memory, a monochromatic work on paper, is an accumulation of labour, allowing for the wandering mind to think about multi-temporality in a non-linear frame. It has been described as a tapestry of interrupted thoughts. Similarly, Kolleri, in a work entitled, Jagran Swapnam Sushupti, creates a nuanced construction of hand woven copper wire, which resembles the organic chaos of a bird’s nest and creates a cubic form of shadows and silhouettes.

A number of the artists in the exhibition have exhibited widely in India and abroad and most of the artists live and work in Mumbai, Baroda and Greater Delhi.

These works have been curated as part of a series of exhibition at BodhiBerlin which will highlight the emerging discourses from the generation known as contemporary Indian artists, in relationship to the last generation whose work came to be known as the modern India artist group.

This first exhibition sets a precedent for such future curated explorations for BodhiBerlin which will be developed through research and a curatorial frame provided by its new artistic director, Shaheen Merali, formerly the Head of Exhibitions, Film and New Media at the House of World Cultures in Berlin. As the artistic director for Bodhi Arts, Shaheen Merali will work with all the galleries that Bodhi inhabits as well as with the museum exhibitions that are now increasing both in volume and in intensity about, around and within the International frame. He brings with him a vast knowledge of Internationalism, having curated Dreams and Trauma (2005), a film festival and moving image installation/exhibition by twelve artists of Palestinian and Israeli origin; the seminal exhibition The Black Atlantic, with new commissions by Isaac Julien, Keith Piper and Lisl Ponger/Tim Sharp; and New York States of Mind (2007), an exhibition and film programme delineating and contextualizing artistic mediations in New York. His final exhibition at the HKW was the ground breaking Re-Imagining Asia (co-curated with Wu Hung).

Besides his curatorship at the HWC, he co-curated The First Chapter-Trace Root: Unfolding Asian Stories for the Sixth Gwangju Biennale, Korea and curated the International group exhibition All our Tomorrows: the Culture of Camouflage for the Kunstraum at the University of Lueneburg, both in 2006. His most recent publications as editor include Re-Imagining Asia (Saqi Books 2008), New York States of Mind: Art in the City (Saqi Books, 2007), Spaces and Shadows: Contemporary Art from Southeast Asia and About Beauty (an interdisciplinary project on contemporary and intercultural notions of Beauty), both in 2005. In 2004 he co-edited Far Near Distance, Contemporary Positions of Iranian Artists.

The exhibitions and the galleries from which Bodhi operates in its various locations in such esteemed environments as Berlin and the Cultural Centers of India and Asia will have a prolonged and profound affect on visitors from both the general public and from the worlds of fine art, academia and museums.