Two new events: an exhibition and film by Jesse Jones, and the conference Arts Research: The State of Play, produced in collaboration with Ireland's new Graduate School of Creative Arts & Media. 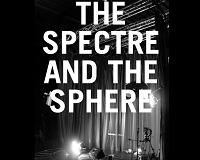 Project Arts Centre is pleased to present two new events – an exhibition and film by Jesse Jones, and the conference Arts Research: The State of Play, produced in collaboration with Ireland’s new Graduate School of Creative Arts & Media.

The Spectre and the Sphere

Jesse Jones’ commissioned 16mm film, The Spectre and the Sphere, evokes the spectres of ideology and amplifies residual voices that haunt the cultural vessels of history. It examines how the spaces of our popular imagining such as the theatre and the cinema are also containers of historical and political impulses. The Spectre and the Sphere conjures up a particular moment in the early twentieth century through the use of cultural artefacts, imagining the various historical potentialities of the time, and how these residues may be present in our construction of the future.

Cast (in order of appearance):

The Theremin
Although in 1919 Vladimir Lenin heralded the Theremin as being the sound and structure of the coming generations, this early potential dissipated and by the 1950’s the instrument was most commonly recognised in soundtracks to American B-movies. These cold war allegories used the Theremin as signifier for the “outsider”, the malevolent alien figure with “other” political views, which would arrive and
destroy world.

Lydia Kavina
Lydia Kavina, the celebrated musical protégée and great-niece of the inventor Leon Theremin, is the first and only persona character in The Spectre and the Sphere. Opening against a backdrop of theatre, the improvising musician performs for a brief period a haunting refrain from the socialist and communist people’s anthem, The Internationale, capturing for a moment the web of relations and references that have woven this particular fabric of history.

Vooruit
The Internationale was composed by the Belgian, Pierre de Geyter in 1888. De Geyter originates from Ghent, which is also the birthplace of The Spectre and the Sphere’s third character, Vooruit. Translated as “forward”, Vooruit is a socialist castle built by Ferdinand Dierkens between 1910 and 1918. The project was instigated by the Vooruit collective, a socio-economic co-operative market initiative that circumvented the market system in Ghent in the late nineteenth century. Spanning multiple halls and rooms Vooruit had the ambition to overshadow the city’s tallest cathedral. However after the Second World War it fell into disrepair until being re-energised by a group of artists and activists in the 1980s. Now a flourishing centre for art, Vooruit is a living receptacle of history and culture; notation of de Geyter’s famous music floats permanently in the stained glass window over-looking the Theatre Hall, and emblazoned above the stage is “Kunst Ver edelt” - Art Ennobles.

The Whisper Choir
Resonating throughout halls of the Vooruit we hear a whispering choir. This choir revisits Karl Marx’s iconic text, The Communist Manifesto extracting the spectral aspects of Marx’s prediction of how history would unfold. These choral voices guide us through the space of Vooruit revealing its hidden meanings and echoes of the past.

Much of the discussion of artistic research has tended toward a debate about essence and epistemology. But what are people actually doing? Where are the excitement and engagement of artists, musicians, designers, architects, performers, curators being actualized and demonstrated? What is the state of play among arts researchers?

This conference seeks to review the state of play in arts research by looking at concrete examples of work-in-progress and work-completed. It seeks to examine the fit between actual practice and policy. It further seeks to establish the points at which the debate has moved forward in the last five years.

Researchers from a range of disciplines including visual arts, design, architecture and performing arts - based in Ireland, the United Kingdom, Belgium, the Netherlands, Denmark, Finland, Austria, New Zealand and elsewhere - will come together to review the international contexts of recent arts practice research.

The conference will also provide an opportunity to respond to emergent guidelines in respect of doctoral research in and through the arts. The goal is to use concrete case-studies of arts research to inform a wider debate that can progress beyond the first hurdles of epistemic anxiety.

Project in collaboration with the Graduate School of Creative Arts & Media (GradCAM) are pleased to announce this major international conference which examines practice-based doctoral research across - performing arts, visual arts, design, architecture and media - drawing on case-study examples to help frame key issues and questions in both policy and practice. This conference seeks to differentiate itself from previous initiatives in this area by focussing on a case-study approach to actually existing research practices. The conference will also provide an opportunity to consider the interim report of the working group on practice-based research which will be formally launched during the conference.
As part of the conference programme, there will be a series of screenings, artists' presentations and two evening receptions.