In my dream the light is very dim. I have search everywhere. Can't find my blue pill. Recent works featuring the new video 'Plan iode' in collaboration with Alain Declercq: shot in about 20 pharmacies, this film stages 'a movement' on these desirable medicines. 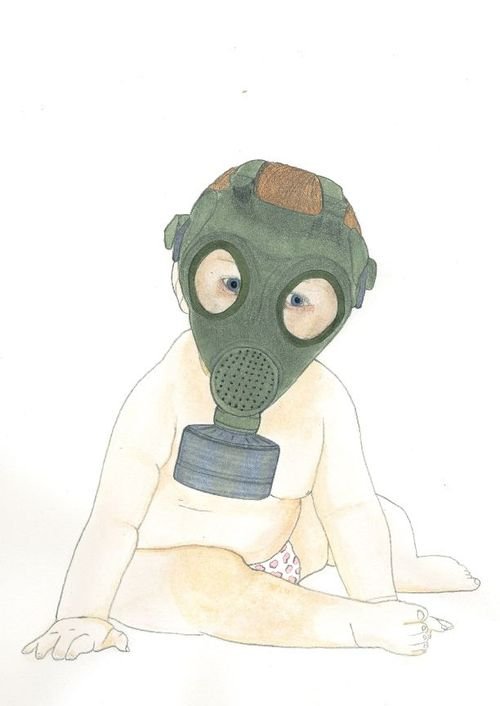 Florence Lynch Gallery is pleased to present an exhibition of recent works by Jeanne Susplugas; featuring the new video "Plan iode" in collaboration with Alain Declercq. The exhibition is on view from March 2 through April 9, 2006. An opening reception will be held at the gallery on Thursday, March 2nd from 6:00 to 8:00 p.m. When we think about drug trafficking, we spontaneously think of drugs, prostitution, weapons or the money that's involved. But it is the hand-to-hand sales, which capture the attention of Jeanne Susplugas-- from the discreet street deal on the corner (Speed deal, c-print, 2008) to the enormous import/export industry of the drug companies. Blue, green, pink or white pills: these tablets seem harmless... not really drugs, but there is a danger lurking behind them.

We smile when we imagine a small blue pill that produces strength and virility for the average man while provoking embarrassment at the time of purchase ("Buy now", 2008, drawing). Taken from a Song by the Chinese pop singer Li Zong Sheng, from the album "rather worried recently," the title of the exhibition alludes to the famous blue pill, number one in imitations: "In my dream the light is very dim. I have search everywhere. Can't find my blue pill,"

But as soon as we imagine the phenomenon as "real" diseases, "real" patients living in "real" countries, it is less amusing. With 30 to 40% of the medicines sold in Africa, Latin America and Asia being counterfeit or imitationsâ€”"true-fakes, true-imitations"â€” they become a true teaser! These counterfeit powders in regenerative capsules, or real drugs from the factory, make their way to markets in Abidjan or Shenzen and are of real worry (Serie of "Sale's women", drawings, 2007-2008).

Every now and then customs confiscate these invaluable goods. We became more aware of the phenomenon during the destruction of these medicines (Mass destruction, installation, 2007-2008). We can't help but think of Louis Vuitton, HermÃ¨s or Rolex and the fakes in the luxury industry. But these prestigious brands defend their business by pursuing vigorously the black market of their products. Unfortunately, with medications, someone's health is at stake.

In the new video" Plan iode," made in collaboration with the French artist Alain Declercq, Susplugas explores this situation in a more blatant way. Shot in about twenty pharmacies, this film stages "a movement" on these desirable medicines, placing some doubt on their future use. Through a simple and effective panoramic viewpoint in the back shops of pharmacies, the film at once reveals and conceals "what happens" between apocalyptic fantasy and a site inventory of today's pharmacies. With drugs as its focal point, we are again left to question the distribution channel and the ultimate destination of these medicine.