Short moments of inner calmness. With a casual gesture, Gerken initially starts a process with a pointed surface, which presents the challenge of an accelerated association. Without committing himself to a subject, he designs aggressive spaces, which can be compared to permeable architecture with poetic floor plans that serve as solid assertions. 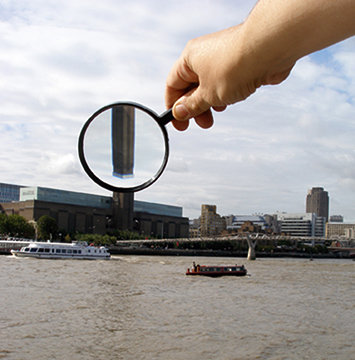 "Important must not be difficult, important can also be easy", claimed a cultural scientist in a radio interview one Sunday morning. The interview that followed was about a good sense of humour, the required depth and the respectful and accurate eye for conditions that are required in order to impart knowledge with ease. These aspects also form the basis for Ingo Gerken´s work. With "short moments of inner calmness", he now focuses on just those fleeting moments, in which the knowledge which has just been gained dissolves into latent unrest again.

With a casual gesture, Ingo Gerken initially starts a process with a pointed surface, which presents the challenge of an accelerated association. References and quotations soon produce impulses as with a fine network of nerve cords, enabling one idea after the other to flash through one's mind; an artistic argument technique, with which each emerging importance crumbles back into triviality in the next moment. Without committing himself to a subject, he designs aggressive spaces, which can be compared to permeable architecture with poetic floor plans that serve as solid assertions. One searches for a final conclusion without success however. On the contrary, the focus is on the impersonal dealing with exhibition conditions and the intangible rubbing against internalized patterns. In this form, the photographs, sculptures and installations make comments on hierarchical commensurabilities and perspectives, in which private and social processes are always linked. The individual is part of a system, whose structures must be permanently verified. After all, something always threatens to topple over, dissolve or lose its balance.

This is also the case with "Tower Upside Down" (2008) from the City-Works photo series, for which Ingo Gerken, interferes with the facade of the Tate Gallery in London. He separates the tower from the rest of the building with a magnifying glass. The optical refraction of the lens, effectively as an additional camera lens, dismantles and ruins the architectural signet and at the same time projects it into the sky as a form of castle in the sky - but upside down. Detached from the facts, the artist appears to have the power over one of the most influential museums of modern art in his hand: and he really does so for a short moment, and with a lot more besides. The absurd situation, in which this icon of what is happening in modern art, appears in a new context. With its vertical exaggeration, it exposes the critic in the institutions and the modern age in their diverse conceptualities in a form that is almost playful.

Not only the architecture appears to be upside down, but also the proportions and relations. For example, with the overdramatic intervention in the image from above, Gerken conscientiously flirts with the genius of Michelangelo and disrespectively paraphrases that primal finger of art history. With this constellation, he self-ironically forges a connection between time and space, whilst at the same time undermining that which is monumental. The Sistine Chapel and Tate Modern are superimposed in an imaginary form like graffiti in urban space for just a millisecond before collapsing under their own monumentality. The superlatives disappear in the same way, as does a feeling of powerlessness when faced with processes, which are perceived to be unchangeable.

Ingo Gerken reveals subversions with commonplace objects and the simplest means; he gauges their possible potential from a distance. A piece of furniture is turned into a burst pedestal and the starting point for the next balancing act, all the parts, irrespective of their condition, form a mutual system in which one cannot be sure of the dominant tendencies.
Meike Jansen