Swedish composer Folk Rabe introduces his film Ship of Fools, followed by a selection of Swedish experimental shorts old and new. A [no.signal] production, curated by Eric Namour with thanks to Film form. 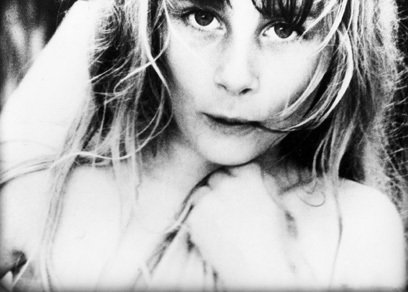 Curated by Eric Namour with thanks to Film form.

Ship of Fools, Folk Rabe (1986, 50 mins)
A 1986 version of the stage work by the New Culture Quartet from Sweden and Denmark. The stage ersion has been performed widely in Europe (but not the UK), Canada and the US in the 1980s and 90s.

The power is yours, Leif Elggren / Kent Tankred (2003, 7 mins)
A film which "short-circuits the hegemony of the Pope and bypasses the power of the Catholic church". Through the film, Elgrren and Tankred want to "reconnect with the Creator of all things, while challenging all religions of the world.

Level, Christine Ödlund (2004, 4 mins)
Videoanimation & electronic music. Parallel horizons with mechanical problems causes repeated perspective changes. Joystick might have to be replaced.Christine Ödlund is an artist and composer based in Stockholm and with a background in electro-acoustic music.

27 Kilometer Drawing, Lina Selander (2002, 7 mins)
Wires filmed through the window of a moving train. A road movie reduced to a black and white abstract flow which shows stillness, time and movement in one single entirety. The linear cinematic narration is reduced to lines and surfaces, to a dramaturgic point zero - a minimalistic diagram of cinematic action, but also of emptiness and loneliness.

Deep Forest, Johan Svensson / Ronnie Sundin (sound) (2006, 4 mins)
The film bears resemblance to the H.G. Wells' novel The Invisible Man, both dealing with an invisible force and making visible a violence that is distant from the domestic idyll. The invisible man constitutes a repression of the society/culture he occupies.

Iris, Petra Lindholm / Lars Åkerlund (sound) - (2006, 7 mins)
A smooth natural flow of sound and images, at the same time a demanding, assertive narrative. A vertiginous ride, a poetic purification in a science fiction like atmosphere. The video is about death and rebirth and how these two are inseparable from each other.

Tesevs, Olle Bonniér - (1965, 10 mins)
Ordered by the physicist and space researcher Hannes Alfvén for inclusion in the multimedia production 'Minos Palats' at the opening of the European Space Research Institute, Esro, in 1966. The sound image in Tesevs is based on nerve signals transformed into images. Some images in Tesevs are translated from sounds, others are shot at Domnarvets ironworks.

Homo ludens, Åke Karlung (1964, 11 mins)
In between redskins and cowboys there is Homo ludens, the playing man. Åke Karlung (1930-1991) was a film-maker and artist who studied oriental art and philosophy; a one-man, anti-movement phenomenon in Swedish film. He often avails himself of material generally regarded as the left-over scraps of modern society and manages to produce his films on an almost non-existing budget.

Studie II/Hallucinationer, Peter Weiss (1952, 5 mins)
Constructed around twelve separate dimensions of time and space in succession. Opposites such as obsession and tiredness, eroticism and aversion call up inner images of human bodies at rest and in motion before the darkness of sleep.

My Name is Oona, Gunvor Nelson (1969, 10 mins)
A film about a human path to self awareness, with a focus on Nelson's daughter Oona. Inspired by the musician Steve Reich, the film develops from a repeated sound loop in which Oona pronounces her name. The child moves - in darkness or light - through rhythmically changing scenes, on to the meaning of letting go, respective harnessing the inherent power of life.

A [no.signal] production, supported by Embassy of Sweden.