"Glory Days" by Sergey Bratkov. On show some 130 works, giving a deep insight into his photographic oeuvre since 1990. Socially critical, politically motivated and yet with a lyrical edge, his images are a direct portrayal of everyday life since the collapse of the Soviet Union. For more than 10 years, Hans van der Meer visited the playing fields of Europe, photographing football in its most elementary form as it is played in the lower league clubs of the villages and suburbs: an exhibition on the theme of football and passion. 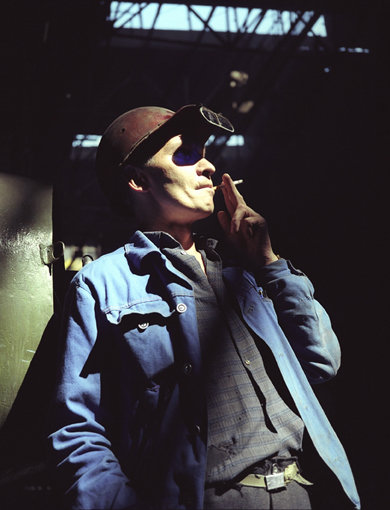 The exhibition is curated by Thomas Seelig

Five years on from our retrospective exhibition of Ukrainian artist Boris Mikhailov (in 2003) the Fotomuseum Winterthur now presents another leading Russian-Ukrainian artist of the next generation: Sergey Bratkov. The exhibition includes some 130 works, giving a deep insight into Bratkov’s photographic oeuvre since 1990. Socially critical, politically motivated and yet with a lyrical edge, his photographs are a direct and at times unsparing portrayal of everyday life since the collapse of the Soviet Union.

The bulk of Sergey Bratkov’s work was created during those years of unbridled confusion at the loss of a previously stable world order, and the promise of a better, freer, more individualized future. The wild, even lurid, photographs, picture cycles and videos, verging at times on the limits of good taste, form the expressive core of his prodigious and extensive output. Bratkov works in the media of photography and video, whereby it is not so much the camera itself that stakes out the communicative framework as Bratkov’s own insatiable curiosity about the individuals he encounters, with whom he engages both personally and with an eye for their social conditions.

Following an exceptionally productive period around 2000/2001, in which he created such important cycles of portraits as Kids or Soldiers, Fighters Without Rules, Secretaries, and the Army Girls, Bratkov has more recently concentrated primarily on panoramic photography. In contrast to his portraits, which are based on a more or less open agreement between photographer and sitter, the horizontal scanning of the outside world in the My Moscow cycle (2003), appears like a documentary construct, a panopticum of unhierarchically juxtaposed social and historical phenomena.

Bratkov, who was born in 1960 in the Ukrainian industrial city of Kharkov, lays bare the obsolete ideological clichés of the Soviet era and the newfound muscle-flexing capitalist drive of the east in scenes that occasionally evoke a strident theatre of the new reality. His documentary portraits of steelworkers (Steelworkers, 2003), homeless children (Glue Sniffers, 2000), or women who want to start a family (Princess, 1996) cite the hallmarks of nationalistic socialism by ostensibly classifying individuals in stereotype images. But what Sergey Bratkov seeks in his portraiture is not the conformity of the group, behind which the individual might be able to hide. Instead, his photographs launch a provocative jibe at post-Soviet society by deliberately flouting aesthetic and moral taboos. By heightening the scenes he observes with irony and subjectivity, Sergey Bratkov invents a new form of Socialist Realism in his photographs, unmasking critical socialism as fictitious and ideologically defunct.

Biography: Sergey Bratkov, born 1960 in Kharkov, Ukraine, has been living in Moscow since 2000. Together with Boris Mikhailov and Sergey Solonsky he formed the Fast Reaction Group from 1994–1997. In 2002 he took part in the 25th San Paolo Biennale, São Paolo. Last year, he was represented in the Ukrainian pavilion at the 52nd Venice Biennale. His solo exhibitions include Faust and Margherita, Center for Contemporary Art, Kiev, 2003; S.M.A.K., Ghent, 2005; Part of my Life, Moscow Museum of Contemporary Art, Moscow, 2006; BALTIC Centre for Contemporary Art, Gateshead, 2007. Sergey Bratkov is represented by Regina
Gallery, Moscow.

A pitch, two goals, 22 players, open meadows or rough ground, with only a handful of spectators: for more than ten years, Dutch photographer Hans van der Meer (* 1955) visited the playing fields of Europe, photographing football in its most elementary form as it is played weekend upon weekend in the lower league clubs of the villages and suburbs, occupying the minds and the feet of the players and their wives for more than a hundred years. These subtle images of men pursuing an activity as absurd as it is poetic shows that human endeavour in all its futility has a name: football. The tragicomedy of the protagonists on the pitch contrasts starkly with the landscapes and sprawling settlements in the background, against which the archaic passion of the game seems all the more potent.
Ultimately, these images of lower league football are like cameos of normal life, fired with genuine, idealistic enthusiasm for the importance of the small-scale, the local and the regional. At the same time, there is a touch of irony in the way the high ambitions and grand gestures are so often at odds with the actual results. These photographs are diametrically opposed to the highly paid, style-conscious world of football that is marketed worldwide on television. As an exhibition on the theme of football and passion, this is a wonderful and often witty complement to the big business of Euro 08.

The exhibition was curated by Paradox, Edam, The Netherlands.

Last year, the Fotomuseum Winterthur acquired the high-calibre American "Jedermann Collection", which comprises 177 works by 62 artists with a total of 340 photographs. The list of artists reads like a "Who's Who" of contemporary art and photography. The main part of the collection is focused on the conceptual photography of the 1960s and 70s, with works by Vito Acconci, John Baldessari, Bernd & Hilla Becher, Victor Burgin, Hamish Fulton, Michael Heizer, Richard Long, Gordon Matta-Clark, Sol LeWitt, Robert Smithson and many others. A second part comprises the media-reflecting, post-modern photography of the 1980s with works by Barbara Bloom, Louise Lawler, Cindy Sherman and many others who explored the effects of the mass media such as the cinema, magazines, advertising etc. on our society. This purchase has considerably increased the profile of the collection of the Fotomuseum Winterthur. The exhibition "Jedermann Collection" presents central artistic positions of the 20th century, of land art, concept art and appropriation art. The exhibition will be accompanied by the extended Set 5 Collection brochure. The curators are Thomas Seelig and Urs Stahel.