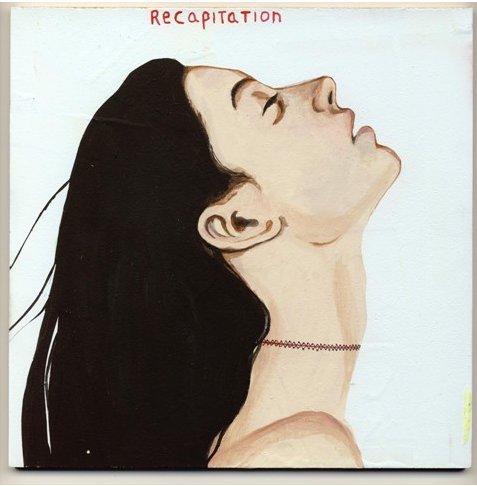 The Centre for the Arts Caja de Burgos presents the first major exhibition of the work by Royal Art Lodge to be organized in Spain by presenting a selection of their most relevant and complex works as well as a new piece -in absolute premiere- at CAB.

The possibility of contemplating this series of works that the three Canadian artists -Michael Dumontier, Marcel Dzama and Neil Farber- have progressively developed since 2003, when the group -originally conceived in Winnipeg in 1996- became finally comprised of these three artists, is thus a true privilege.

The group fixed Wednesdays as their meeting day. An encounter in which one of them would begin to paint, subsequently leaving the work at the disposal of whoever wished to add or modify something, introducing those meaning and linguistic shifts which are currently the household brand of the RAL.

In the paintings by RAL the choice of some particularly recurrent themes may be easily detected. Characters and situations always bear a strong narrative potentiality, which has nevertheless been willingly hidden, making it impossible to trace a beginning or an end.

Igor Eskinja is a young Croatian artist who has developed, since his recent enrolment in the international artistic scene, installations and interventions, which provide us the opportunity to give free rein to our senses and experience various ways of perception.

They often are trompe l’oeils, games halfway between reality and fiction created by means of materials of povera ascendancy such as adhesive tape or dust, according to a minimalist aesthetic.

Generally, these installations are built through the intervention of physical space with various shapes. However, once photographed one feels that these shapes have been added later, through mechanical means such as, for example, computers. Thus, the perception of a selfsame thing varies according to whether we look at it in a physical space or on the snapshot which freezes for us an image, taken from a specific point of view. A veiled criticism by the artist on the manipulation that technology exerts on us, making us perceive things in a way different from what they really are.

As regards Natividad Bermejo, it is a source of great pleasure and satisfaction for CAB to be in a position to present a sizeable amount of her latest graphite pencil and black pastel works on the –1 level of the centre, as well as an installation created for one of the galleries situated on that very level.

The work of Natividad Bermejo is positively sensory, an invitation to experiment with our sight, yet at the same time a subtly compelling necessity to reflect about ourselves to which we are subjected by the artist after having contemplated her works. Inevitably, a reflection on the numerous enigmas that surround our existence as individual human beings and our coexistence in a cosmic universe, enormous in its magnitude as opposed to our smallness, tends to unify us in spite of the different ways of fulfilling the faculties that we enjoy as humans: of thinking, intuiting, perceiving time…

We are nobody. We are a whole.

There is a different kind of product, of artistic object –the fruit of contemporary creation- that is born with a predetermined, added utility. That object was originally conceived by artists so as to be convenient and of everyday use. It is what is commonly called design.

This other kind of art work trasncends mere contemplation and is susceptible of being applied to daily life. This is far from causing it to lose its artistic essence, since it is the indisputable and original product of the artist’s mind. Neither does its utility make it any less interesting from a creative point of view.

His studio has progressively shaped numerous, different ideas that we will have the opportunity to contemplate at CAB: lamps, jewels which are, in turn, credit cards, editions limited by the actual publishing process.