7th International Biennial - Lucky number seven. The entire project proposes an alternative to the current format of biennials, which has evolved in recent years into international mega-exhibitions studded with big-name, well-traveled artists. All of the works are in fact site-inspired commissions that will not exist as works of art, per se, beyond the exhibition, with the majority of the materials being recycled back into the community. This element emphasizes temporality and process, and provides the artists with the opportunity to push their practices into new directions. 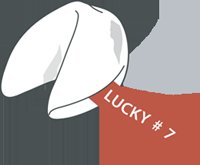 Process, experimentation, and collaboration are the hallmarks of Lucky Number Seven, SITE Santa Fe’s Seventh International Biennial, which opens on Sunday, June 22, 2008. Curator Lance M. Fung states, “The energy that takes place between people engaged in creative activity has been a driving force in my curatorial work, and is a central element of Lucky Number Seven.” The entire project proposes an alternative to the current format of biennials, which has evolved in recent years into international mega-exhibitions studded with big-name, well-traveled artists. In fact, that very same energy and creative activity that has transpired here at SITE through this entire process has altered the overall plan for the show. Laura Heon, SITE Phillips Director, said, “The preparations were so intense and the energy so contagious that we were all inspired to take advantage of this incredible opportunity and to maximize the experience by extending the exhibition through January 4, 2009.” Some off-site locations may close before January 4, 2009. For more information, please contact SITE Santa Fe. All of the works for Lucky Number Seven are site-inspired commissions that will not exist as works of art, per se, beyond the exhibition, with the majority of the materials being recycled back into the community. This element emphasizes temporality and process, and provides the artists with the opportunity to push their practices into new directions.

The advantage of such a framework is that it allows for experimentation and play, and is not dependent on the forces of the market. This instead proposes a field of possibilities, grounded in the unique environment and history of Santa Fe. Lucky Number Seven aims to create an intimate, rigorous, yet playful exhibition that connects audiences to a spirit of discovery and learning. Furthermore, the artists featured in this Biennial are all emerging practitioners, ranging in age from their twenties through their sixties. Remarking on the specific locale of Santa Fe, Fung states, “It is exciting and rewarding to be working in Santa Fe, and getting to know the city and its local communities. A crucial aspect of Lucky Number Seven is its engagement with local people, and after meeting with a broad range of the city’s cultural institutions, we are pleased that a number of them will be exhibition partners with SITE. This diversity of venues and locations will open up the exhibition to new audiences, providing access to contemporary art to many who may not have experienced it before.”

Board President Katherine Gentry notes, “This never-before-seen convergence of so many global and local organizations, artists, student interns, volunteers, patrons, and friends in a common cause to realize this Biennial is a true testament to Lance Fung’s enthusiasm and vision, and SITE’s expanding role in this community and in the art world at large. It makes all of us on the Board very proud.” There are 25 artists making 18 site-specific installations, all newly commissioned by SITE Santa Fe. These artists were nominated by 18 sponsoring institutions from 16 different countries around the globe.

A number of the artists have selected off-site locations to make their work for the Biennial. We are indebted to these organizations that have generously offered their spaces, resources, and staff. We invite you to explore Santa Fe and encounter these projects as part of Lucky Number Seven.

Access to these sites may be limited; please consult www.sitesantafe.org, or call 505.989.1199 for information prior to your visit.

Tod Williams Billie Tsien Architects have created the evocative and transformative exhibition design for the Biennial at the invitation of the curator. Responding to Fung’s initial idea of physically changing the perspective of the viewer, the architects were intrigued by the notion of adding multiple levels, and created a ramp as a means to do so. This idea evolved into an elevated path that one would traverse by foot, meandering throughout the galleries. Williams and Tsien’s monolithic sculpture, or architectural intervention, comprises a series of ramps and mezzanines that intersect SITE’s interior space. These interconnected, linear planes carve out incongruous corridors and gallery spaces that house newly commissioned works by the Biennial artists.

Support for SITE Santa Fe’s exhibitions and programs is generously provided by the board of directors, many individuals, and the following major contributors: The Brown Foundation, Inc., Houston; The Burnett Foundation; The City of Santa Fe Arts Commission and the 1% Lodgers’ Tax; New Mexico Arts, a division of the Department of Cultural Affairs, and the National Endowment for the Arts; Lannan Foundation; McCune Charitable Foundation; and Thaw Charitable Trust. Student Documentary Team Special thanks to the New Mexico Department of Cultural Affairs for their support of the 2008 Biennial. We are grateful for www.santafelucky7.com, an online video and website documentation project produced by DCA’s Office of Media Initiatives and students from College of Santa Fe, Institute of American Indian Arts, and New Mexico Highlands University.

Residency Partner - Santa Fe Art Institute (SFAI)
Echoing the spirit of collaboration that lies at the heart of Lucky Number Seven, SITE Santa Fe is pleased to be partnering with the Santa Fe Art Institute, a local non-profit arts organization dedicated to exploring the intersections of contemporary art and society. Since its founding in 1985, SFAI has created a variety of multidisciplinary programs that include residencies, lectures, workshops, exhibitions, publications, and educational outreach programs that provide critical dialogues about the formation and production of contemporary culture. With its renowned artists and writers residency programs, SFAI provides individuals at various stages in their careers with a creative environment that fosters innovation, and provides artists with a platform for communicating their ideas to new audiences.

About SITE Santa Fe
SITE Santa Fe opened in 1995 as a non-collecting institution dedicated to presenting diverse, cutting-edge contemporary art to local, regional, and global audiences. The only contemporary art space of its kind in New Mexico, SITE has presented over sixty-five exhibitions, including six biennials, and works by more than 420 international artists to date. SITE’s dynamic programming includes three to four exhibitions per year plus numerous related activities such as lectures, film screenings, performances, catalogue publications, and award-winning education and outreach programs. SITE is known for mounting highquality, thought-provoking biennial exhibitions that explore current issues and trends in contemporary art and draw large international audiences. Housed in a former warehouse, SITE has dramatic, flexible spaces that can accommodate many types of installations, including large-scale and site-specific works.

About SITE Santa Fe’s Biennial Tradition
SITE Santa Fe has invited leading curators and critics to explore compelling issues in contemporary art for each of its international biennials. Each exhibition has been an expression of the unique vision of its curator, as well as an impressively diverse showcase for the most exciting artists of our time. Kenneth Anger, Janine Antoni, Louise Bourgeois, Mona Hatoum, Jenny Holzer, Anish Kapoor, Paul McCarthy, Trinh T. Minhha, Bruce Nauman, Shirin Neshat, Susan Rothenberg, and Ed Ruscha are just a few of the artists who have participated in the institution’s biennials.