Medical Historical Museum of the Charite' 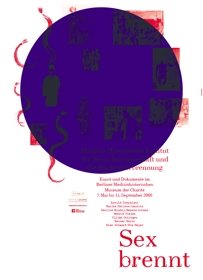 An exhibition of the Magnus Hirschfeld Society

"On May 6th my institute was plundered by Nazi students - on May 10th most of my library, my books and busts (of Isenstein) were also consigned to the flames. I watched this process here as if in a live cinema under the deepest emotional shock." (Magnus Hirschfeld, Mein Testament (My Witness), vol. II, entry: Paris 1 June 1933, unpublished)

In May 2008 the book burning will be remembered for the 75th time. From the contemporary as well as current point of view, it was an event of great consequence for the entire intellectual and cultural life of Europe. In commemoration, the sexual researcher Magnus Hirschfeld will be shown as an example of the Nazis' staged annihilation of a tradition of humanistic and liberal thought, including its political and cultural representatives.

Magnus Hirschfeld (1868-1935) was a key figure in social modernization during the first third of the 20th century. His Institute for Sexual Science, founded in 1919 in Berlin-Tiergarten, was a unique institution that exercised great attraction (education, treatment, counseling) and formed the sexual-political center of the Weimar Republic.

The Hirschfeld Institute was one of the first institutions that was branded as immoral, plundered and closed by the Nazis. The plundering of the institute on 6 May 1933 by students at the Hochschule für Leibesübungen (Academy for Athletics) and the School of Veterinary Medicine was the opening note for book burning by the Deutsche Studentenschaft, staged well to attract the attention of the journalists. The daily press ran the headline, "Clear-out at Magnus Hirschfeld's".

During the march to the book burning at Berlin's Opernplatz on 10 May 1933, "the head of a broken bust of Magnus Hirschfeld…" swayed "on a long stick … high over the silent mass of people". Erich Kästner, whose books were also burned, wrote these lines as an eyewitness. The words illustrate how Hirschfeld had become the ideological hate figure. His works were thrown on the flames along with those of Sigmund Freud to the cry of "down with the destruction of souls through the overvaluation of sexual drive".

The exhibition Sex burns follows a concept that joins artistic and educational aspects:

In five separate artistic works, positions are formulated that deal in a specific way with aspects of Hirschfeld's work, person and the book burning from today's perspective. Seven internationally renowned artists have been chosen for this part.

On the informative and educational level of the exhibition, a thematic framework has been created with a rich array of pictorial material, objects and books from the institute and Hirschfeld's private possessions. This section outlines the content and fields of conflict in Magnus Hirschfeld's sexual-scientific and -political activity. Precisely these themes are the ones used by the Nazis prior to the book burning to construct the enemy image "Magnus Hirschfeld". Furthermore, an installation of an historical work about his guest book during emigration by Marita Keilson-Lauritz will be shown that focuses on Hirschfeld's role as intellectual and scientist in Swiss and later French exile.

The informative as well as artistic levels of representation examine the question of why especially Hirschfeld and his institute were such prominent targets for the campaign "against the un-German spirit". On the other hand, they make the losses through the plundering, destruction and closing of the Institute for Sexual Science and the book burning very clear. A connection will be made between the event of the book burning and Hirschfeld's work. The form and content of the exhibition are associated with a culture of recollection, but also reactivate past events for today's cultural and political consciousness.

The exhibition has been financed through support from the "Stiftung Deutsche Klassenlotterie Berlin".