Frida Kahlo and the Mexican Renaissance 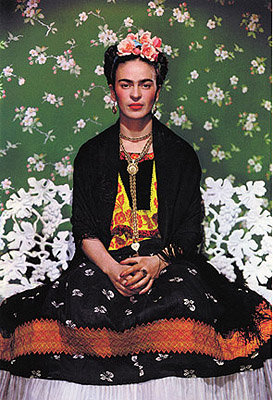 Throckmorton Fine Art is pleased to present the photography exhibit: “Frida Kahlo and the Mexican Renaissance.” The twentieth century’s first revolution was in Mexico, 1910-1920. The Revolution was calamitous—seven percent of the population perished. However, the social convulsions gave birth to new political institutions and to a flowering of the arts, to what has been called the “Mexican Renaissance.” Established artistic norms were cast aside, giving way to an era of openness, social engagement, and experimentation.

Murals were painted to depict and celebrate Mexico’s history, championing the contribution of the indigenous peoples and their rich culture. Printmaking was also stimulated, again focusing on the poor, the Indian, the peasant, the urban laborer, and their collective struggle for a better life. This artistic fervor stimulated photography, too. Established photographers, such as Paul Strand and Edward Weston, were drawn to the country. Others, such as Tina Modotti and Manuel Álvarez Brazo, were inspired to photograph. Photography was employed for many different kinds of projects: to capture—and comment on—the social transformations underway, for portraiture, to document the work of artists, and to explore alternative forms of perception.

Great works of art, some of which have become icons, were crafted in this heady period.
“Frida Kahlo and the Mexican Renaissance” offers a number of striking portraits of Frida Kahlo, and brackets these portraits with other works of photographs from this exciting and fertile period in Mexico. As talented and socially prominent artists, Frida Kahlo and her husband Diego Rivera were frequently the subjects of photographers the couple knew—and helped inspire. The exhibit includes photographs by Paul Strand, Edward Weston, Tina Modotti, Hugo Brehme, Manuel Álvarez Bravo, Lola Álvarez Bravo, Nickolas Muray, and Emmy Lou Packard.